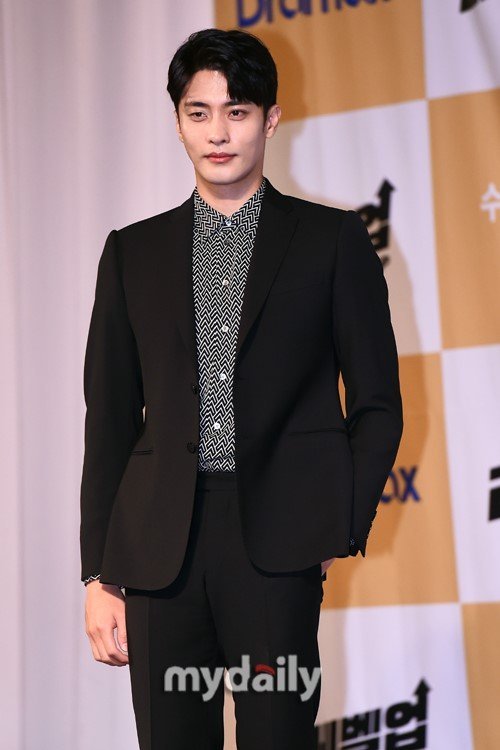 Source: My Daily via Nate

1. [+4646, -85] There was no contact info on the van. His agency didn’t even pick up the phone. They would’ve never apologized if the Pann post didn’t go viral.


2. [+4292, -93] Does he think being a celebrity makes him superior? If the van takes too much space, they could’ve found a space that fits the van and walk up to the spot. Why do they have to pick him up right in front of the apartment? It’ll only be a few steps. Please be careful. Nothing frustrates the drivers more than illegally-parked cars.


5. [+413, -7] I read the Pann post and the van wasn’t temporarily parked. The residents were filing complaints because the van was there all the time. And they said they saw Sung Hoon driving the van himself and getting off.


6. [+411, -9] This isn’t a quick apology though? He has been riding on the van for a while, which means the residents have been complaining for a long time. They’re now trying to resolve it because it’s on the Internet.


Article: Sung Hoon’s agency president, “We apologize for the inconvenience, but we did not do illegal parking constantly”


1. [+740, -14] The Pann OP said they did illegal parking constantly, that’s why the residents have been filing complaints. The agency should clarify the complaints or sue the OP if it’s false.


2. [+575, -69] Instead of having the president and manager clarifying it, Sung Hoon himself needs to apologize to the residents.


4. [+91, -7] I still remember him acting arrogantly when I saw him in real life. And it wouldn’t even be enough if the president said sorry, but he’s making it worse by saying “it wasn’t done constantly”, “there was a phone number”. So they’re saying the OP lied? I don’t think so.


5. [+90, -0] You idiot, just say sorry instead of coming up with excuses. Why does it matter whether it was constant or not?


6. [+82, -2] Once again, they’re trying to make excuses instead of admitting it straight. The public will find out whether the illegal parking was constant or not. We’ll go until the end.


Pann: A celebrity parks illegally all the time, so upsetting (+edited)


I read the manager’s apologizing comment and the official statement from his agency. I got the director’s phone number so I called him, but he was away. I also replied to the manager’s comment but didn’t get a response back. So I’m going to add here instead.


The problem of illegal parking will be resolved, but because of the excuses you came up with, I became a liar who is bashing a celebrity for no reason.


To summarize the official statement:
1) Illegal parking wasn’t done constantly.
2) The van was parked for 30min~an hour.
3) There was a phone number in the van.
4) There’s no public parking lot.


Let me refute the points:
1) It wasn’t done constantly? Your van was there for 5 days out of 7 days in a week. That’s not constant? I didn’t see the van on the weekends because I’m not at home on those days, but I see the van on most weekdays. That’s not constant?
2) 30min~an hour is “temporary”? That’s a plenty of time to park and eat. I think temporary means less than 10 minutes. I’m sure there have been times when you parked temporarily but that’s still considered illegal parking and I’ve seen the van parked there for hours so many times.
3) There was definitely no phone number in the van. If there was, it means people from the outside can’t see it because the windows of the van have a very dark shade. I even tried to contact the agency, do you think I didn’t investigate the van properly?
4) There’s no public parking lot. However, there’s a private parking lot nearby. The hotel right beside the apartment also rents out their parking lot. The private parking lot is just 20 meters away from the actor’s apartment. They even have an LED sign to operate. You can also park at a restaurant nearby. Whether you choose to use the public parking lot or the private parking lot, you have to pay regardless. I’m sure you could’ve used the private parking lot.