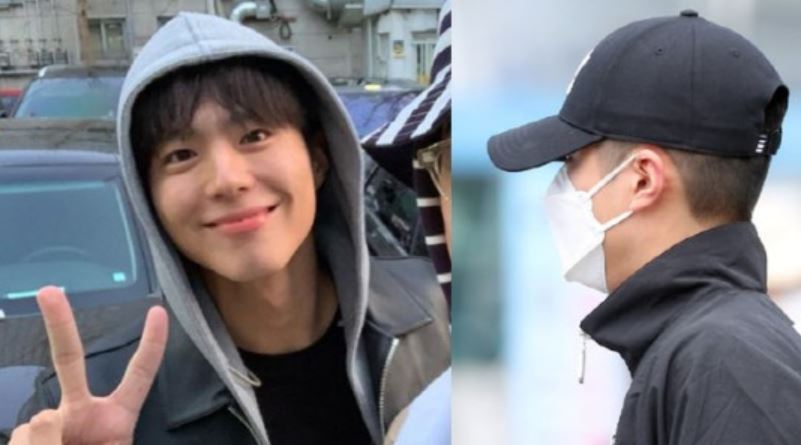 Actor Park Bo-gum (27) has quietly enlisted in the army.

The actor was spotted headed to the training center at 2pm on the afternoon of the 31st wearing a black cap, black sweatpants and sneakers.

Over 1,000 recruits also enlisted on the same day and his fans refrained from seeing him off to prevent spread of Covid-19 and quietly cheered him on through online communities.

Park Bogum has enlisted in the Jinhae Naval Education Command in Changwon, Gyeongnam. 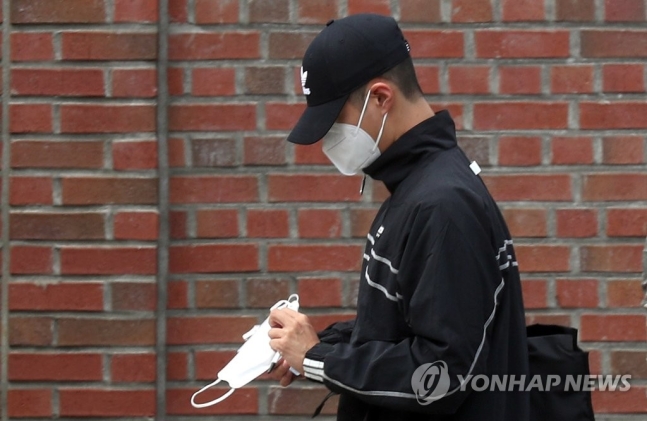 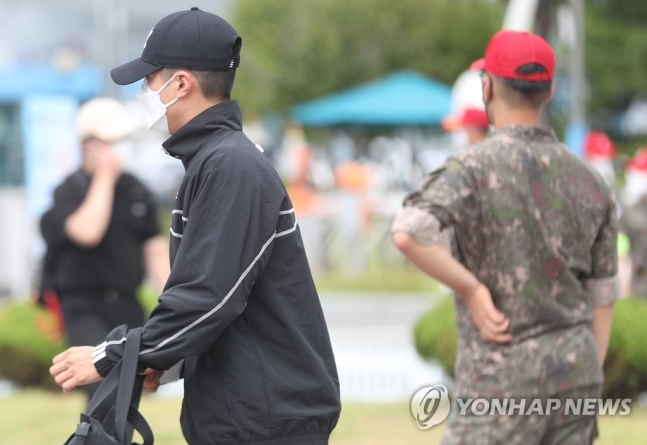 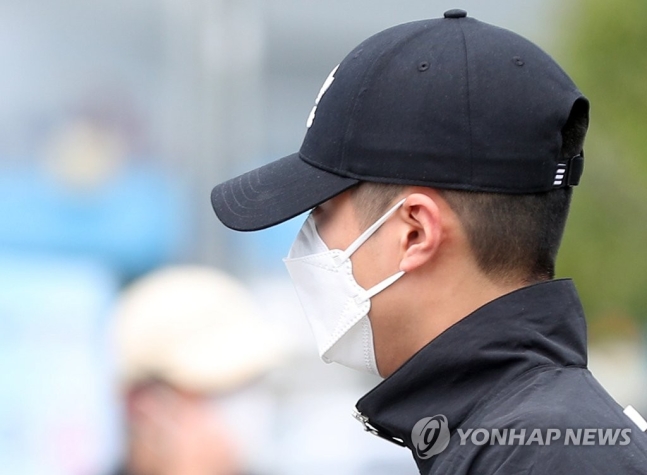 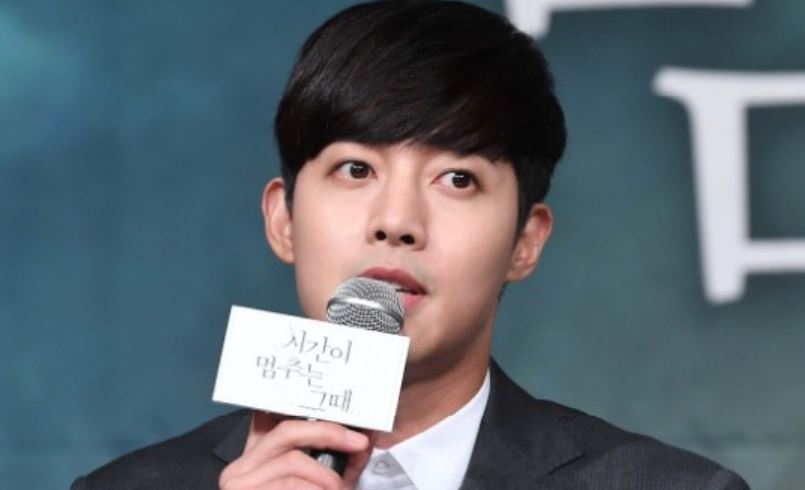 Netizens are praising Kim Hyun Joong for his heroic act.

According to a report by Sports Chosun on the 31st, Kim Hyun Joong reportedly saved Mr. Oh’s life, a 47 year old chef who fell unconscious. At the time, Kim Hyun Joong was waiting outside a Japanese restaurant in Seogwipo-si, Jeju at around 9:50pm on the 24th after having dinner with friends when he heard a scream. He ran inside the restaurant and found Mr. Oh unconscious. He had reportedly fallen while cleaning up the restaurant.

Later, CCTV footage of the event was discovered and it was belatedly revealed that it was in fact Kim Hyun Joong who had administered first aid. An aide from restaurant side expressed gratitude and stated, “Kim Hyun Joong actively helped and saved a precious life.”

His agency also released a statement writing, “he was just doing the right thing.”

In the meantime, netizens are pouring out praise to Kim Hyun Joong for his quick first aid and humble attitude. 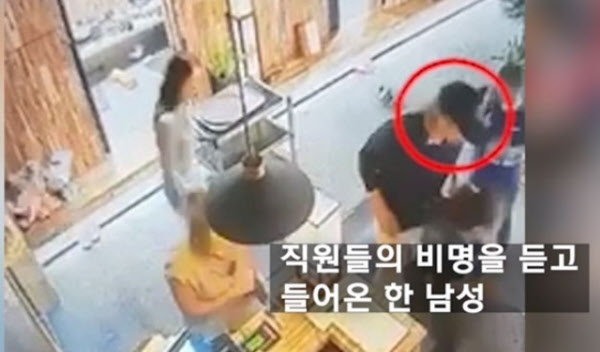 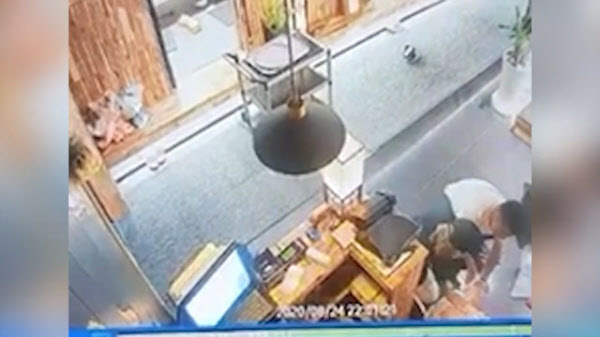 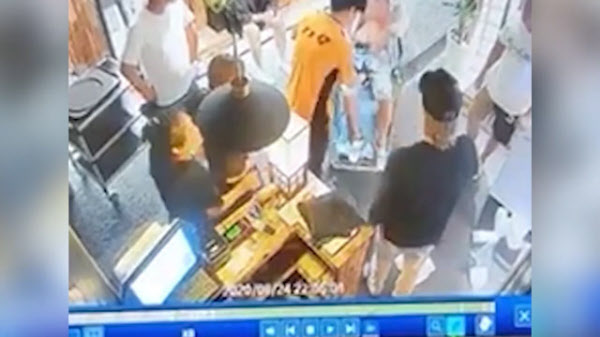 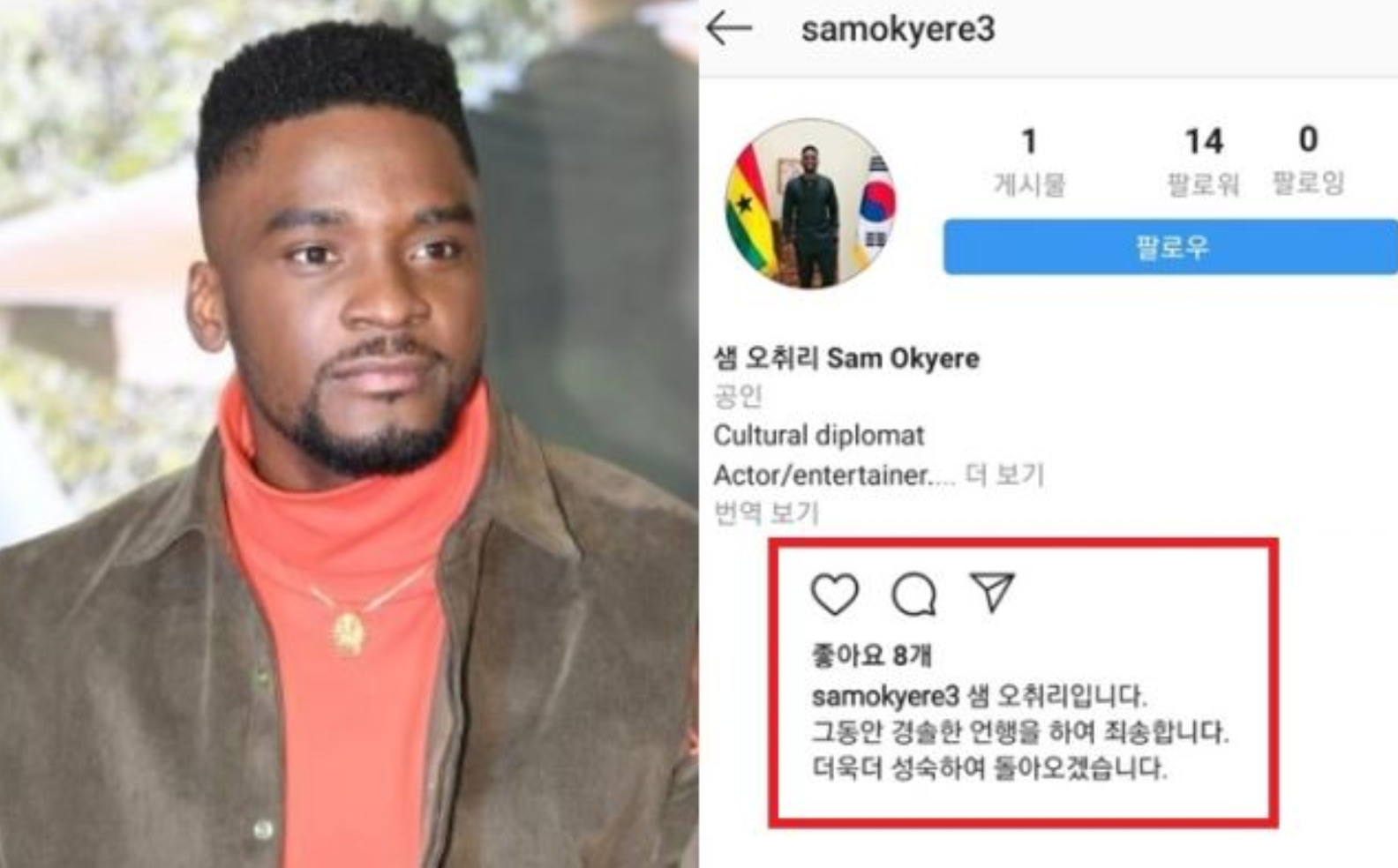 On the 27th, Sam posted from his new Instagram account writing, “I’m sorry for causing controversy with my frivolous words and actions. I will return as a more mature Sam.”

His new profile states that he’s a “cultural diplomat, actor, and entertainer.”

In the meantime, Sam was noticeably absent in the recording of MBC‘s Every1 variety program ‘Korean Foreigners‘ on the 28th.  When asked if Sam will return, a program official stated, “We don’t know. He made a personal decision not to participate.” 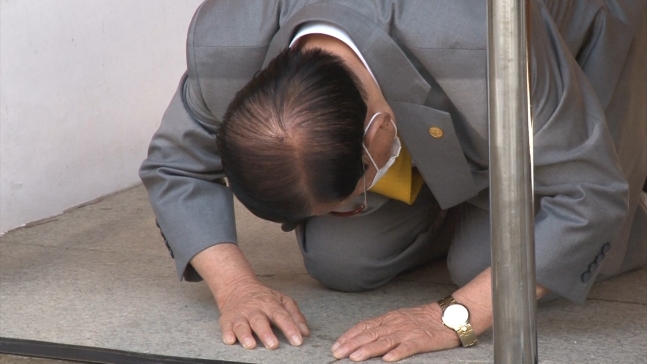 1,100 Shincheon-ji members that survived the coronavirus will donate their plasma.

A Shincheon-ji official announced on the 27th that “1,100 believers who were completely cured after being infected with coronavirus will donate their plasma through September 4th. Earlier, another group of about 628 believers from Daegu donated their plasma from July 13-17.”

The official stated, “Our church has not forgotten and we offer our sincere apologies for causing concern by causing a larging number of confirmed cases. We will continue to work closely with Korea CDC and make every effort to overcome coronavirus.”

Netizens responded to the news writing, “I’m sorry I cursed you at first.” “Shincheon-ji really turned it around.” “Let’s end the coronavirus as soon as possible.” Media have decoded the meaning behind Sam O’Kyere’s “once you go black” controversy.

Chosun Ilbo conducted a search in Wikipedia’s Wiktionary, an open source language dictionary noting that the phrase “once you go black, you never go back” means if a non-black person has sex with a black man, they can’t go back with having sex with any other race. 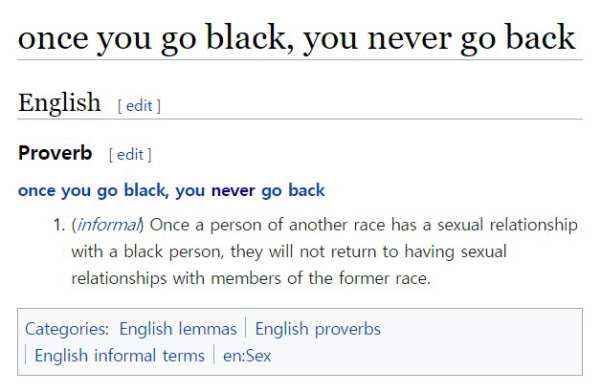 As a result, further criticism is pouring out among netizens criticizing Sam O’Kyere for his reply “preach” agreeing to the foreign netizen’s comment.

In the meantime, Sam has deleted his Instagram as petitions being pouring online asking that Sam be dropped for all Korean variety shows. 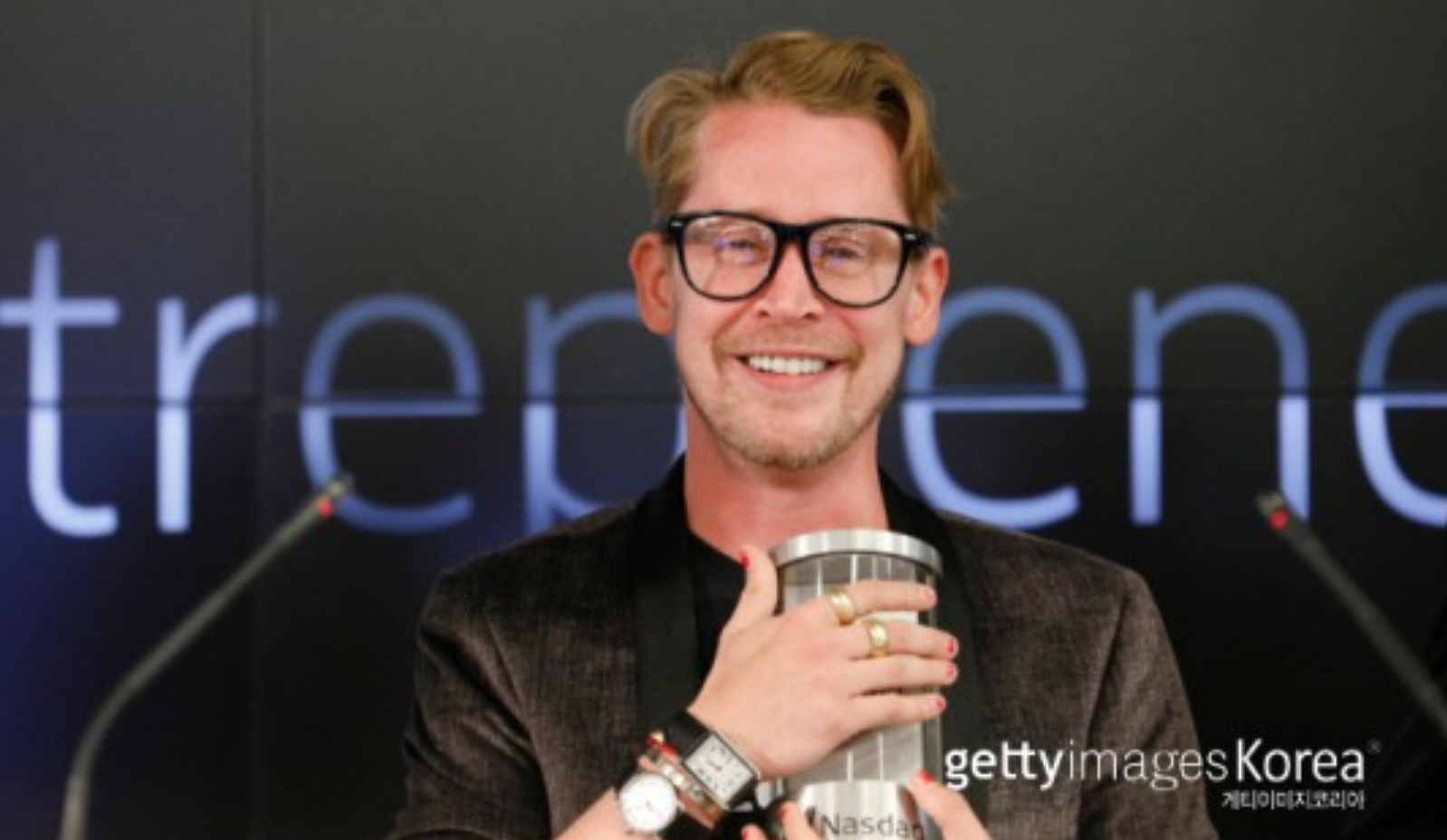 Culkin conveyed his birthday feelings with witty comments to fans on his Twitter writing, “Want to feel old? I’m 40 years old. You’re welcome. Since I’m 40, I think it’s about time to start my midlife crisis. Im thinking of picking up surfing. Do you all have any suggestions?” 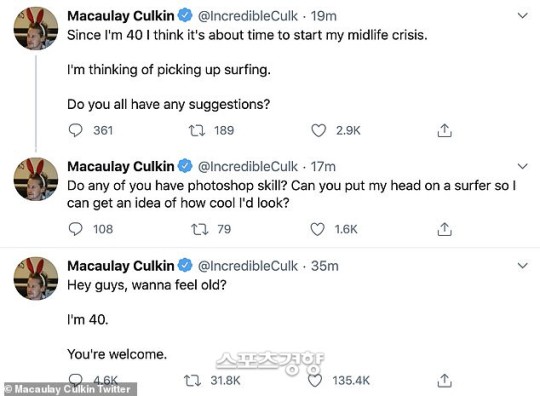 In the meantime, Culkin is well known for his debut in movie industry in 1985 at age 5 with “Home Alone.” After his tremendous success as a child actor, he revealed that he had been physically and emotionally abused by his father. He later married actor Rachel Miner in 1998 at age 18 but separated after 2 years and divorced in 2002. He dated Mila Kunis for 8 years after that and since 2017 has been in a relationship with Hmong actor Brenda Song. 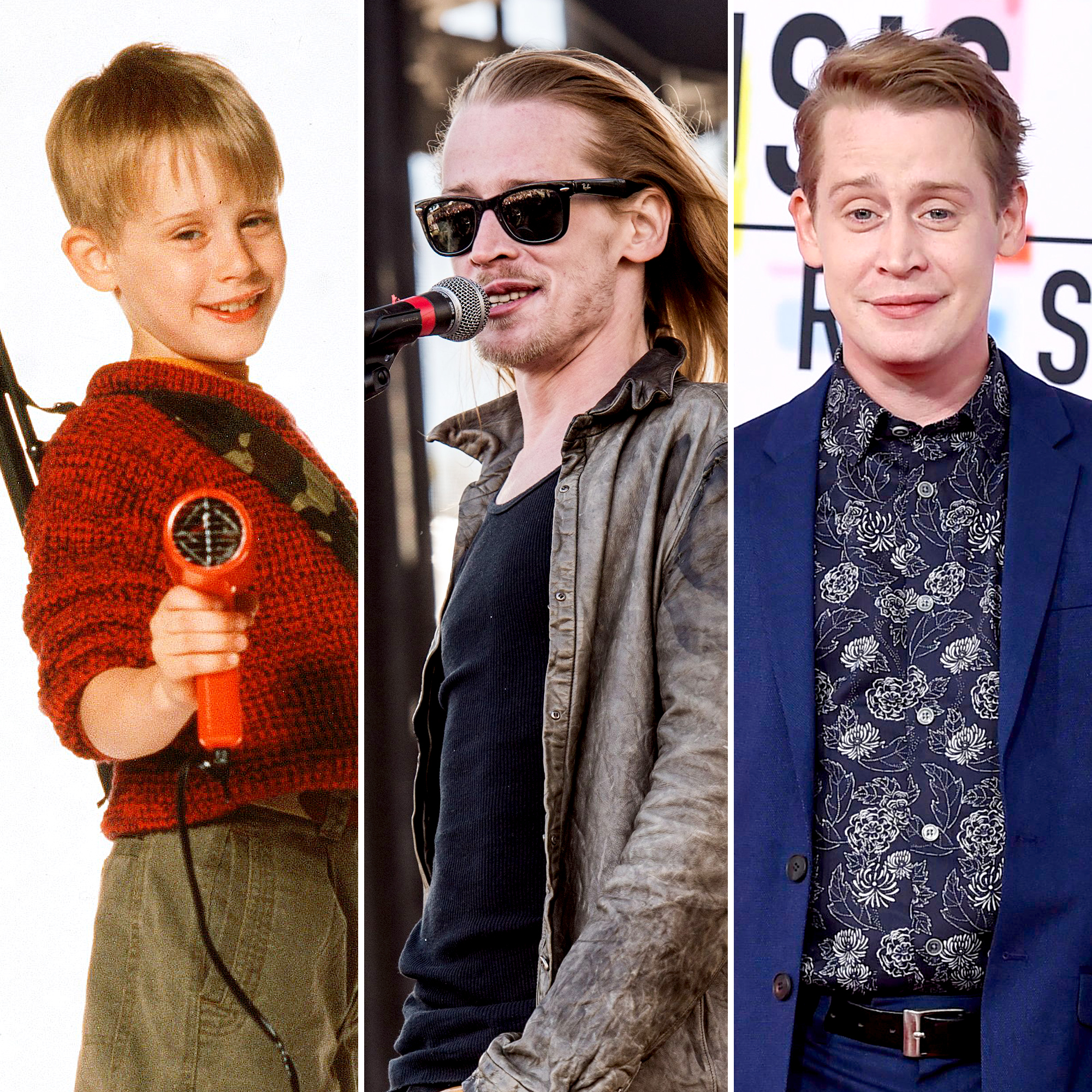 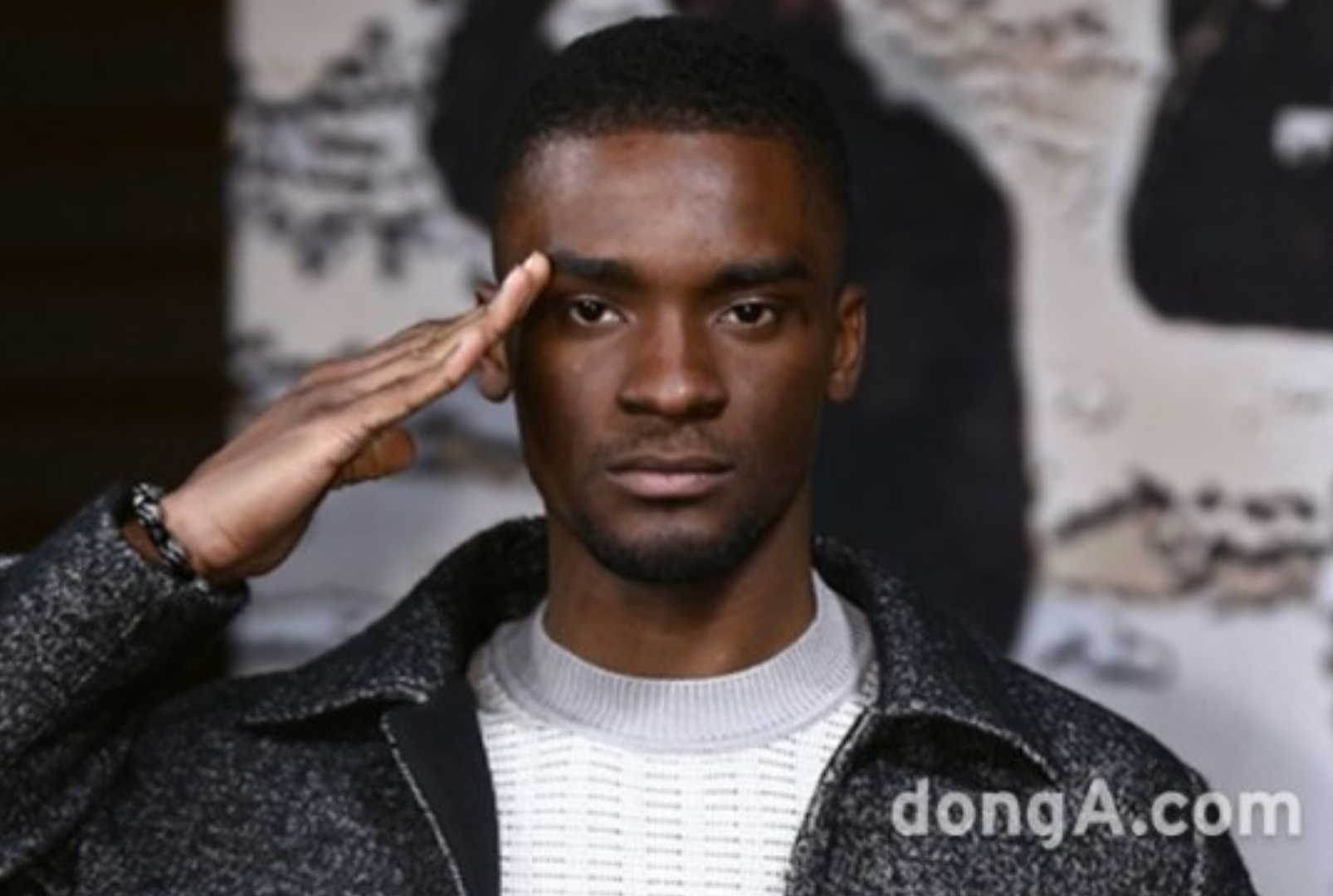 After controversies over “blackface” comments and alleged “sexual harassment” towards actress Park Eun-hye following an Instagram DM to a foreign netizen, netizens have filed petitions online to drop Sam O’Kyere from variety shows. For those programs that don’t run viewer bulletin boards, netizens are expressing their opinions in various places including Naver TV‘s “Live Talk.”

Among one of the shows receiving a flurry of demands is MBC Every1‘s “Korean Foreigners” where Sam regularly makes an appearance.

On the 26th, an official from MBC addressed the petitions and stated, “we’re trying to figure out the situation.” 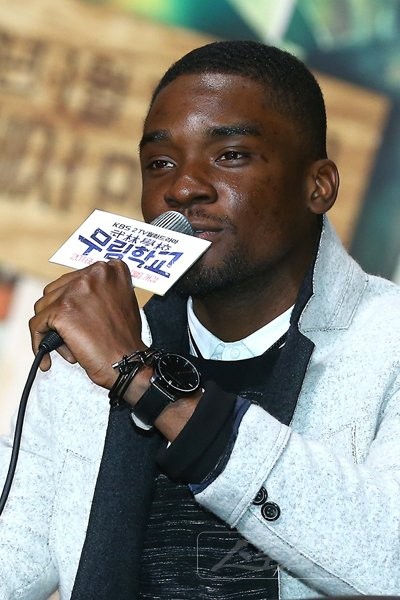 What are your thoughts on the petitions filed by netizens? On an episode of TV Chosun‘s “Detective Seven“, Goo Hara’s biological mother A conducted an exclusive interview and stated, “I didn’t leave because of an affair. I have something to say too, I really want to but I’ll just shut my mouth. I struggled a lot because of money and poor health.

“Ho-In doesn’t know how’ve I lived in the past. My son is unilaterally insisting that I abandoned my kids but it’s not true. He’s wrong that I want the money for myself. I don’t agree with the Goo Hara Act.”

She added, “Until 2017 I was having a really difficult time. I couldn’t contact them because I wasn’t doing well financially and physically in pain. After they became adults I met with them whenever I could and showered them with affection. I admit it’s my fault for leaving them there for so long.” 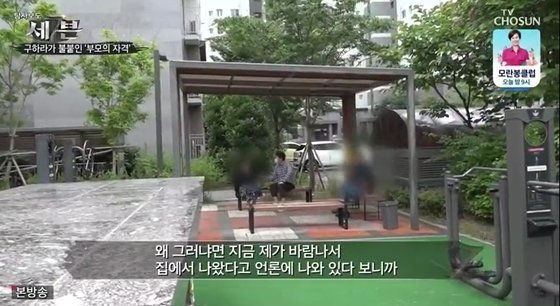 TV Chosun also conducted a telephone interview with Goo Hara’s aunt B who helped her mother A file a lawsuit for Goo Hara’s estate. Regarding the alleged affair, the aunt B stated, “My sister called me in tears saying she got kicked out. I was so angry.”

As to why she told her sister to look for a lawyer, she stated, “I asked her to get a lawyer for advice. What could she do? The inheritance law states her daughter’s estate has to be distributed equally to the parents.”

When asked by the production team whether she thought her sister deserved her daughter’s estate even through she didn’t raise her kids, B stated, “Of course. They have to do it according to the law. Kids aren’t birthed on their own. Of course both sides should split the estate 50/50.” 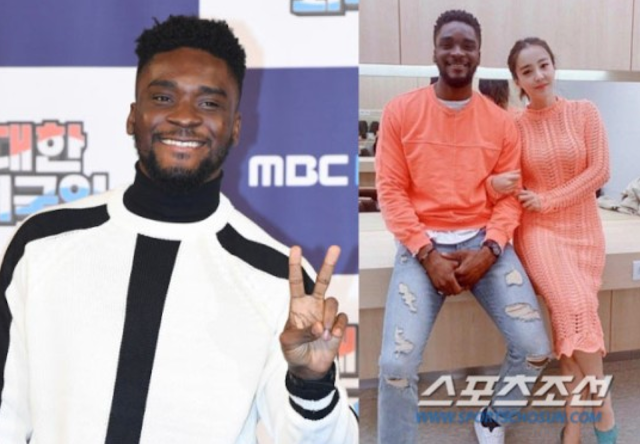 Sam O’Kyere is under controversy for alleged sexual harassment.

In March last year, Sam posted a photo with actress Park Eun-hye on his Instagram account along with a message that read, “Orange is the new black. Unni, we’re Orange Caramel ㅋㅋㅋ.”

Park Eun-hye replied back on the post and wrote, “Cute. Once you go black you never go back LOL.” 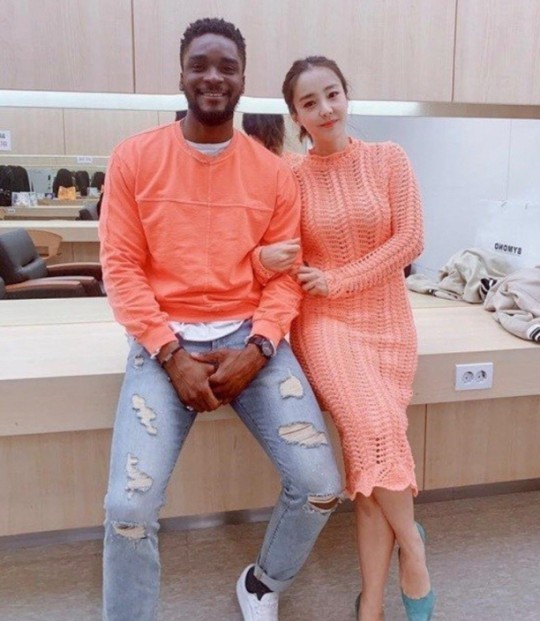 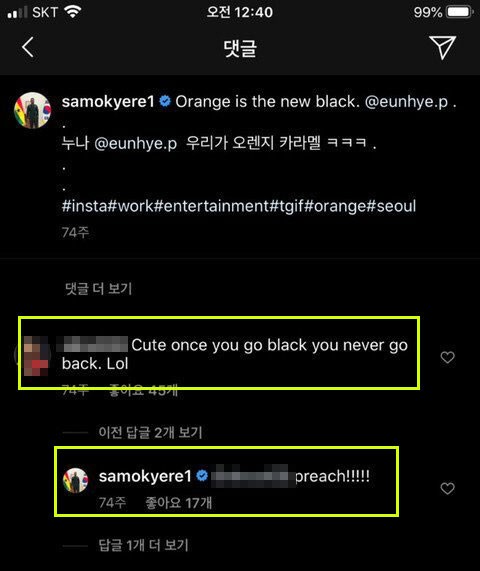 Sam’s comments caused controversy as netizens felt that his comment “preach” was basically agreeing with Park Eun-hye’s reply that meant “once you have sex with a black man you never go back.” This raised criticism that if put in context, his remarks could be seen as sexual harassment.

Netizens wrote, “How can we sympathize with a foreigner that writes a message like to someone he barely knows just because they were together on a program. Park Eun-hye isn’t a single woman but a mother of twins. He’s basically looking down at her. Isn’t this sexual harassment?…”

Netizens also revisited Sam Okyere’s sexual harassment controversy in 2014 when he made an appearance on MBC’s ‘Radio Star.’ Sam told Choi Yeo-jin that “she was really pretty” and when MC Kyuhyun advised him not to “look her up and down too much” Sam confidently replied, “In Ghana we notice the body line first.”

After controversy grew, Sam made his Instagram private which he has since then deleted.

In the meantime, Sam is also currently under controversy over “black face” comments regarding Uijeongbu High School students.

What are your thoughts on the controversy? Do you think netizens are going too far? 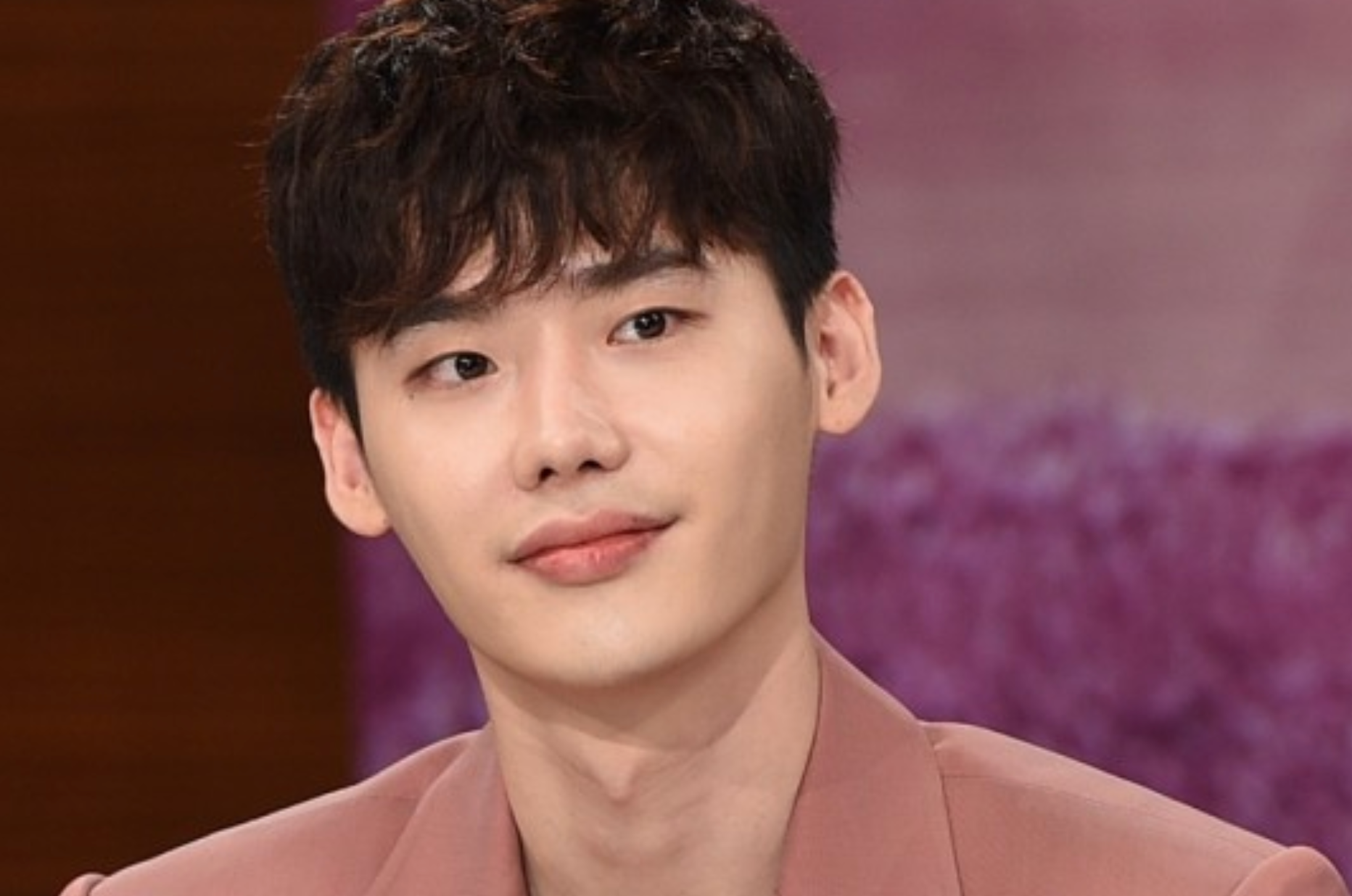 Actor Lee Jong-suk has purchased a luxury villa at ‘Nine One Hannam‘.

According to an exclusive report by SPOTV News on the 21st, Lee Jong-suk purchased a duplex at ‘Nine One Hannam’ located in Hannam-dong, Yongsan-gu, Seoul. The duplex is about 80 pyeong and he paid a rental deposit of about 4.5 billion won ($3.7 Million). 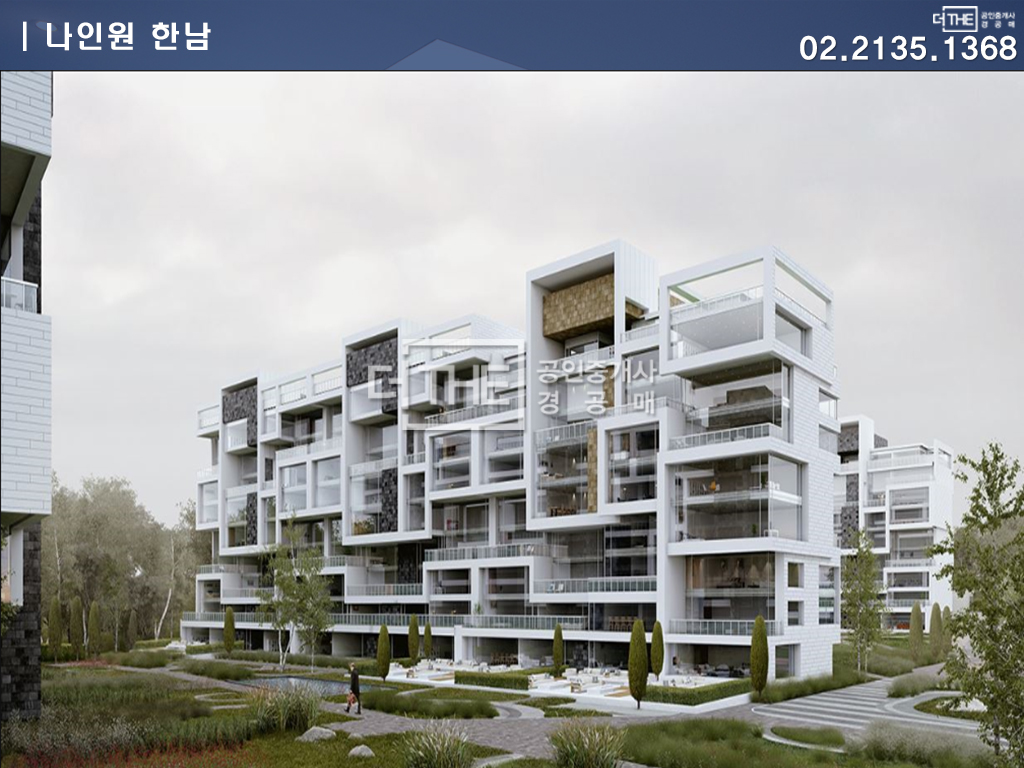 In particular, Lee Jong-suk is said to have earned 2.05 billion won profit after selling a building in Sinsa-dong, Gangnam-gu, Seoul that he had purchased in 2016 for 3.9 billion won.

What are your thoughts on Lee Jong-suk’s extravagant villa purchase?