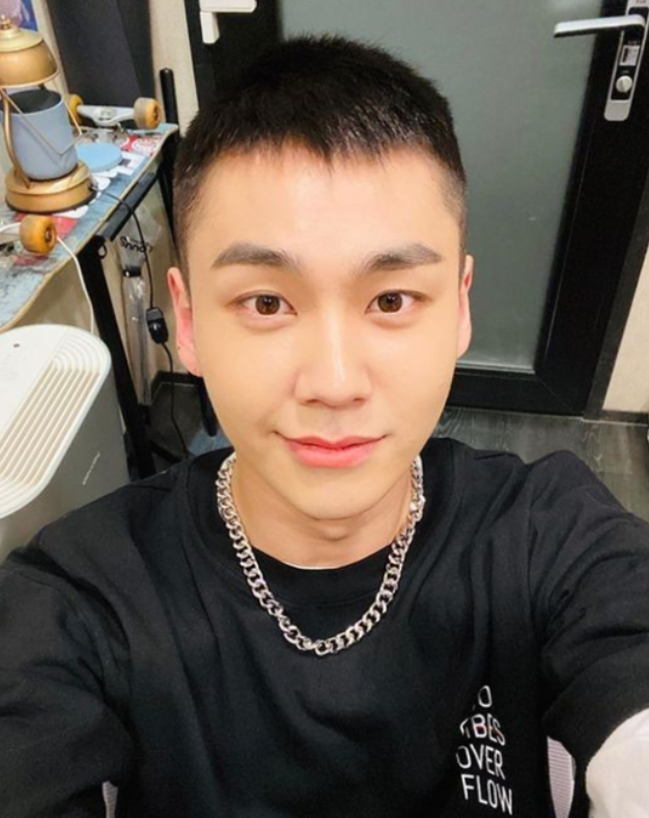 Article: [Exclusive] Jung Ilhoon purchased marijuana with cryptocurrency coins… “Sorry for the damage to B2B, I’ll reflect on my actions”

According to Dispatch, Ilhoon was investigated more than once in July and October of last year and admitted during police investigations that he habitually smoked marijuana. His drug test results from his hairs also came back positive.

Last year, police arrested a crew of cryptocurrency drug dealers who handed over the name of idol singer Jung Il-hoon to reduce their sentence (plea bargaining). The sale book revealed Ilhoon deposited cash to an acquaintance through a borrowed account who converted the money to virtual currency and purchased drugs. His transaction details were also revealed during account tracking process.

Ilhoon also enlisted in the middle of a police investigation but told police, “I didn’t enlist to hide from investigations. I was just following the legal procedure given by the judicial authority.”

An aide from his side spoke to Dispatch and stated, “Ilhoon admits to the marijuana allegations and he’s reflecting on his actions. He’s sorry for the damage to the team.”

In the meantime, Jung Ilhoon is currently awaiting trial. 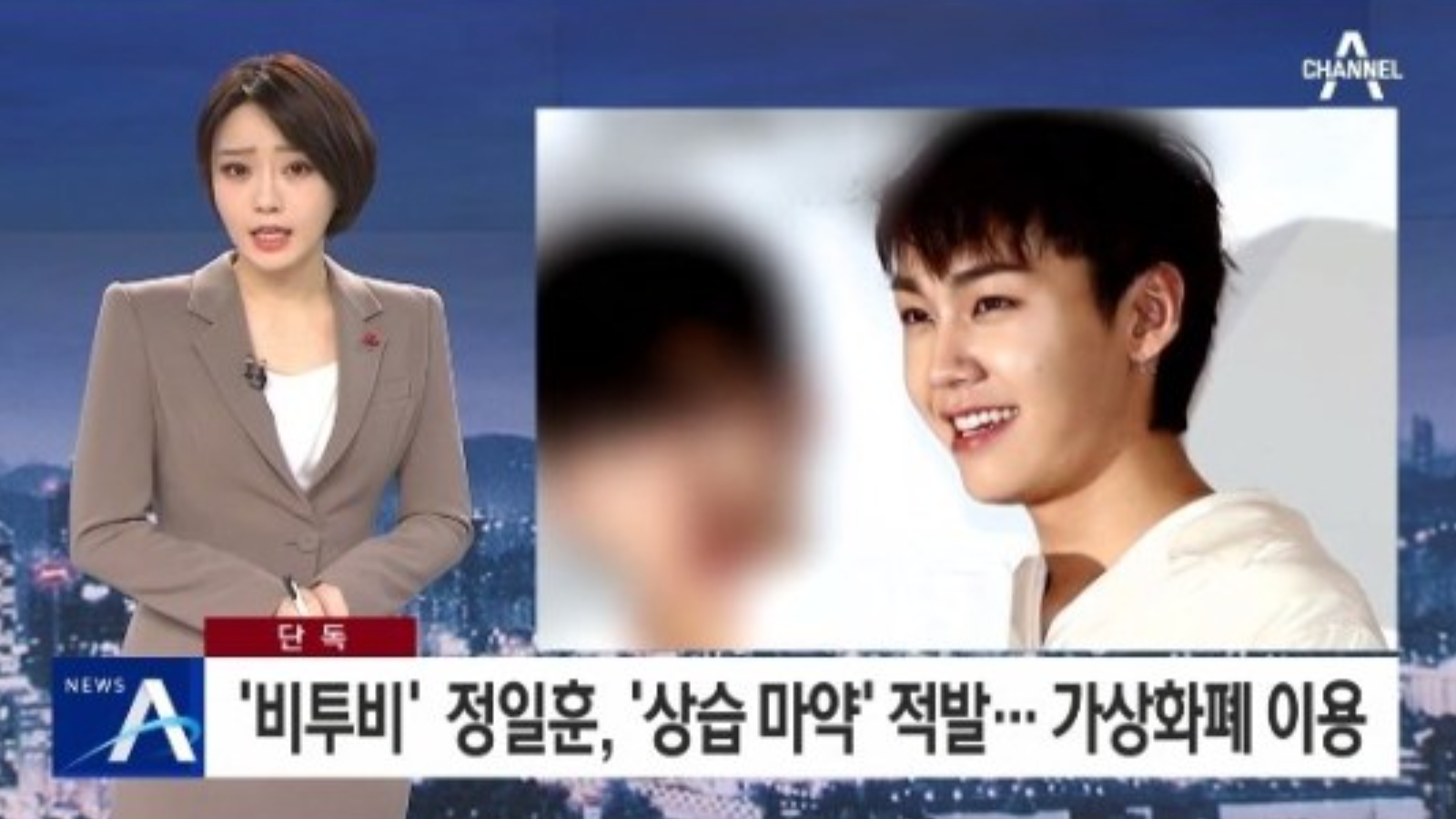 On the 21st, Channel A reported that Ilhoon regularly took drugs and used virtual currency to avoid investigation. According to the report, Ilhoon used drugs several times with acquaintances from 4-5 years to last year. At the beginning of this year, police investigated him for drug abuse and a drug substance was detected in his hair.

Police also investigated his purchase method noting that Ilhoon deposited money into a 3rd account that broker exchanged to virtual currency to purchase the drugs to maintain anonymity and avoid tracking.

Ilhoon also enlisted in the military on May 28 despite a police investigation being underway and the investigation continued to the beginning of this year and he was forwarded to the prosecution in July.

In response to the accusations, CUBE stated “that they didn’t know Ilhoon was caught with drugs when he planned to enlist in March but ended up being delayed due to the corona.”

In the meantime, Ilhoon has been steadily communicating with fans through selcas on Instagram so the fans are currently in shock.

10Asia reached out to Cube to confirm the facts but they were not able to reach them.

What are your thoughts of the report? Article: Hwang Hana’s friend, “she tried to make an extreme choice…currently in the ER”

Hwang Hana‘s acquaintance shared a photo of Hwang Hana lying in a hospital room on Instagram on the 18th and wrote, “My heart is beating so fast that I don’t know what to say. A friend of 25 years is in the ER after attempting to commit suicide. I was so surprised that I ran. She’s like this. I’m really upset and angry. I want to relieve the injustice. The suicide note mentions the name of a man Oh the most. Please stop with the malicious comments because comments are murder too. She wrote “Oh Mr. XX please save me.”

The acquaintance Oh is believed to be Hwang Hana’s boyfriend. 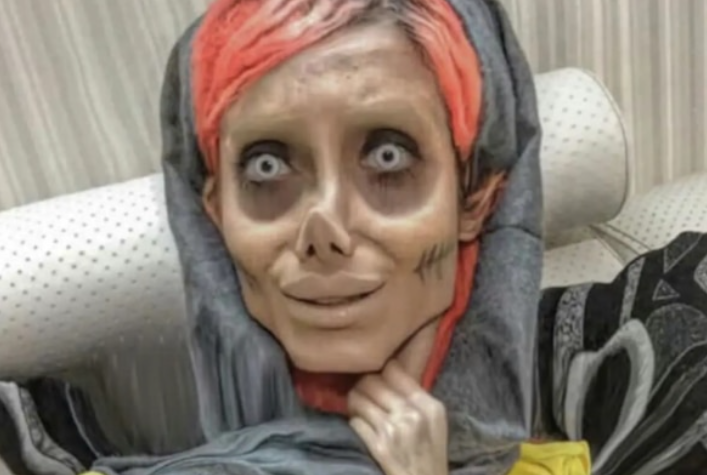 Article: “Because I want to look like Angelina Jolie…” Iranian woman that underwent 50 plastic surgeries sentenced to 10 years in prison

According to Indian Hindustan Times and Daily Mail on the 13th, Sahar was arrested in October last year for loosely wearing her hijab to reveal her surgery looks. As a result, she was charged with promoting corruption and blasphemy among young people.

In order to achieve her “Jolie look” Sahar got over 50 plastic surgeries and lost weight to 34kg. Online, she’s referred to as “Zombie Jolie.” 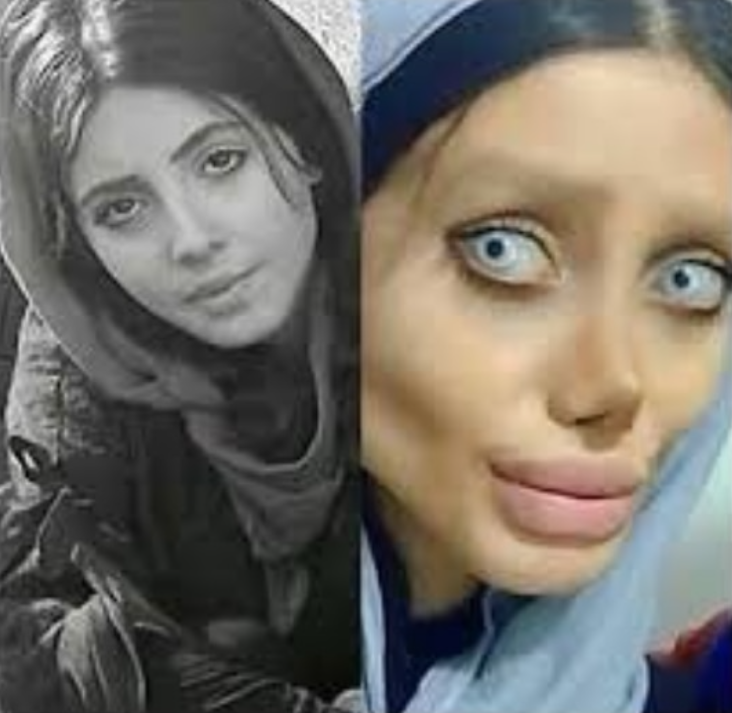 Suspicions were later raised that she manipulated her Instagram photos using make-up and AI to achieve her extreme look and during a local broadcast she revealed, “It’s true that photos were a bit manipulated but I really did get plastic surgery.”

Her lawyer revealed that she had recently tested positive for coronavirus and filed for her bail. In a report by The Guardian, she had also been treated for mental illness at the hospital. Article: “The plot for ‘Seolganghwa’ drama…”

[Context] OP links an article from Hankook Ilbo about a photo shared by Jisoo on IG in front of a coffee truck sent by Rose to the filming location of her drama ‘Seolganghwa [Snowdrop].’

The drama is written by Sky Castle’s writer Joo Hyunmi and Jo Hyuntak PD and the story is about a man who escaped North Korea prison camps.

[Drama plot] ‘Seolganghwa‘ tells the tragic love story between an armed spy agent Suho (Jung Hae-in), who suddenly runs into a women’s dormitory in 1987 covered in blood and Young Cho (Ji-soo), a female college student in a prestigious university who hid him and treated him despite severe surveillance and crisis during an era where tear gas exploded like firecrackers.

This plot is seriously just ㅋㅋㅋㅋ. How many times have we seen North Korean spies fall in love with Korean women on a dramaㅋㅋㅋㅋ? Don’t they remember what happened to Korean women? They were nothing less that sex toys to North Korean soldiers.. 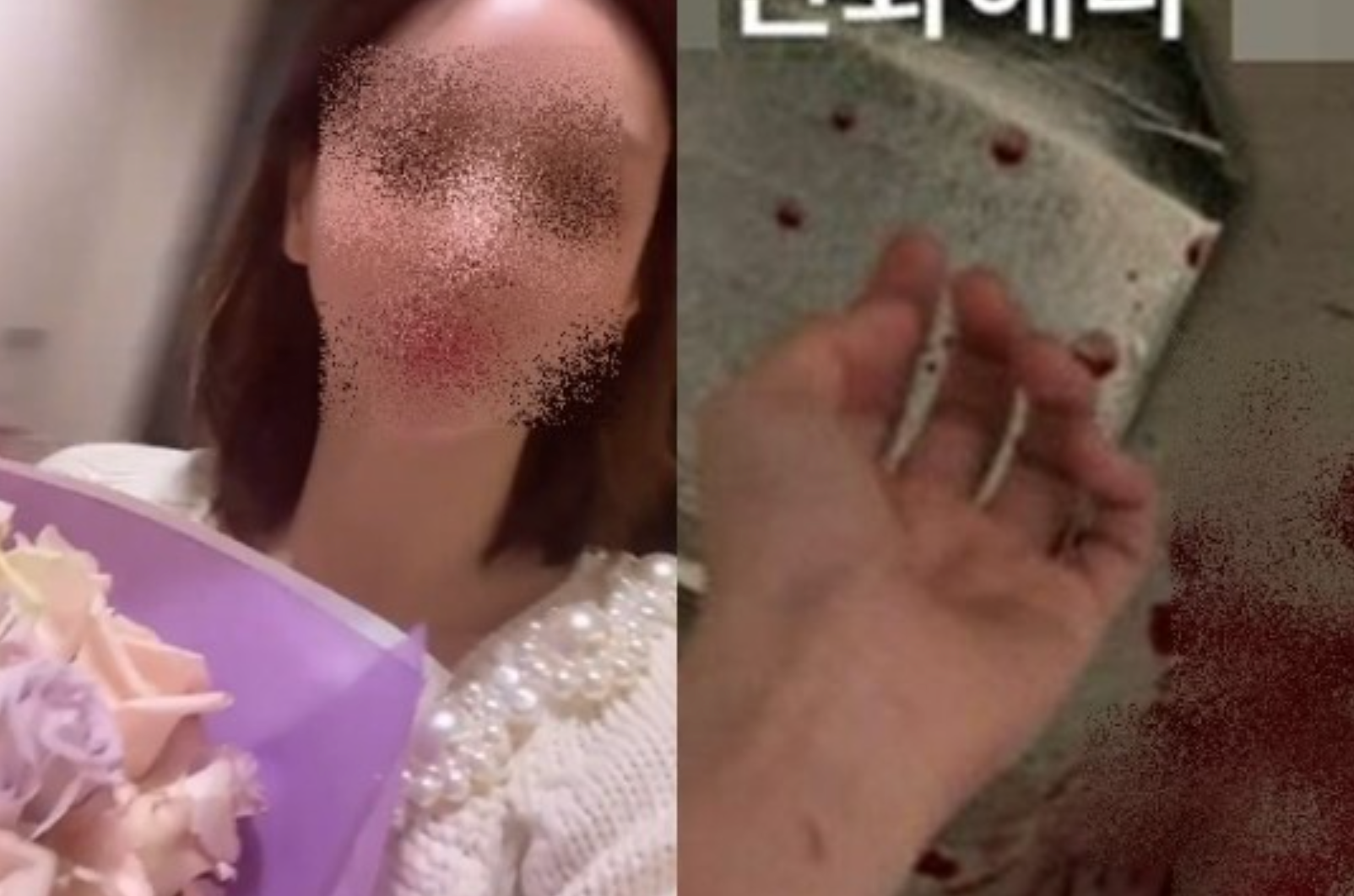 Park Yoochun’s ex Hwang Hana has posted and deleted a photo of self-harm.

On the 17th, Hwang Hana shocked fans by posted a photo of her bloody wrists on Instagram and wrote “Start with X that human tra$h” and claimed that her acquaintance stole 400 million won.

Her acquaintance replied, “Go to the hospital and get treatment first. Don’t ruin your nice pretty arms.”

Hwang Hana angrily replied, “Wow, really. Give back the 400 million you stole. It’s really difficult. If it’s a misunderstanding I’ll clarify. I won’t say what I really want to say. I’ll shut my mouth and close my ears. Please don’t drive me. It’s hard. I’m tired too.” In the meantime, Hwang Hana was arrested and indicted in April last year for taking meth at her home in 2015 and abusing psychotropic drugs in 2018 with her then fiance Park Yoochun. At the time, Hwang Hana claimed she was forced to abuse the drugs by Park Yoochun who held a press conference and stated that “if the charges were found to be true he’ll retire from the industry.” However after drug analysis of his leg hairs, Park Yoochun’s drug test came back positive for meth. Hwang Hana was sentenced to one year in prison suspended for 2 years probation and 40 hours of community service, 10 months of drug treatment and fine of 1.4 million won.

In the meantime, Park Yoochun has since returned to the industry after releasing a new album. Hwang Hana has also resumed her SNS activities.

Netizens responded writing, “looks like you’re in a precarious situation” “please get treatment” “I’m in shock.” 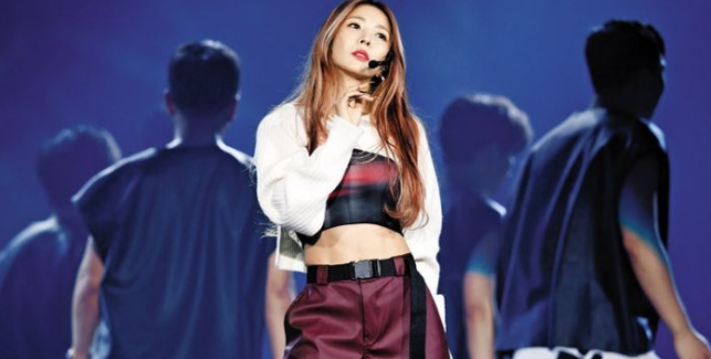 On the 16th, Seoul Central District Prosecutor’s office summoned SM singer BoA (34) for secretly smuggling several psychotropic drugs including Zolpidem from abroad. BoA was caught during customs screening trying to bring in the drugs from Japan through an employee from SM’s Japanese branch. The drugs were listed under the employee’s name.

An official from the investigation agency stated, “She was caught trying to smuggle drugs into the country after receiving the prescription in Japan. She was caught with other drugs that are frequently abused including Zolpidem.”

Regarding this, SM stated, “it happened because an employee from our Japanese branch got confirmed to purchase the drugs on behalf of BoA in a normal procedure but did not recognize that the drug would be problematic in Korea. It was a mistake due to ignorance of the Japanese branch employee who was attempting to send it in to another employee out of convenience.”

Prosecution will determine whether to prosecute BoA after in depth questioning whether she actually took the medication and intentionally smuggled it to Korea. 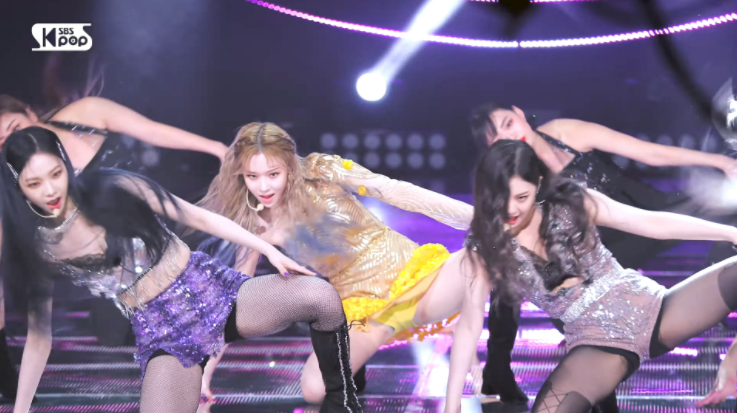 Article: “Looking at aespa I can tell what a piece of trash SM really is”

Isn’t this a group with minors?

Why would you dress them in those outfits and have them do a dance like that. So dirty! 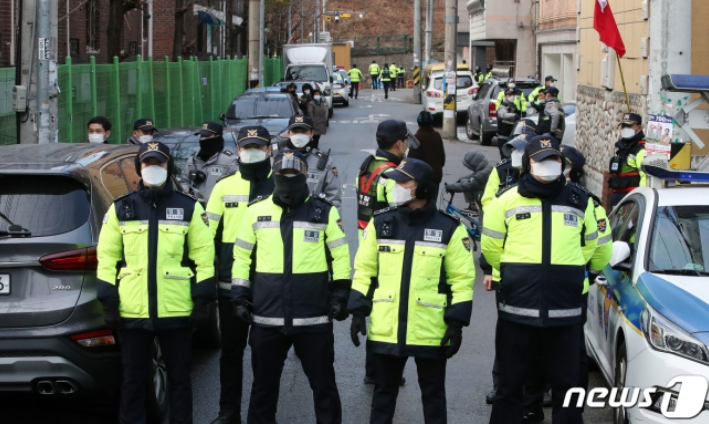 Cho Doo Soon and his wife have reportedly been asked to leave the building.

Residents of the Danwon-gu building in Ansan told media that “the landlord gave Cho Doo Soon and his wife an eviction notice” however his wife Oh refused to leave saying “they have no place to go.”

A tenant living  on the third floor of Cho Doo Soon’s apartment building posted a short video on an online community and revealed, “I want to transfer my rent and move. I signed a lease and paid deposit of 5 million won for monthly rent of 250,000 won and moved a month ago. I told the landlord to take out the deposit but the owner told me to wait and I have yet to receive an answer. Please advise on how to get my deposit back. I really want to move. I’m going crazy.”

Police are also investigating 8 people including Mr. B (21) for obstruction charges for causing chaotic scene in front of Cho Doo Soon’s residence on the day of his release.

So far over 100 police have been deployed to patrol Cho Doo Soon’s residence. 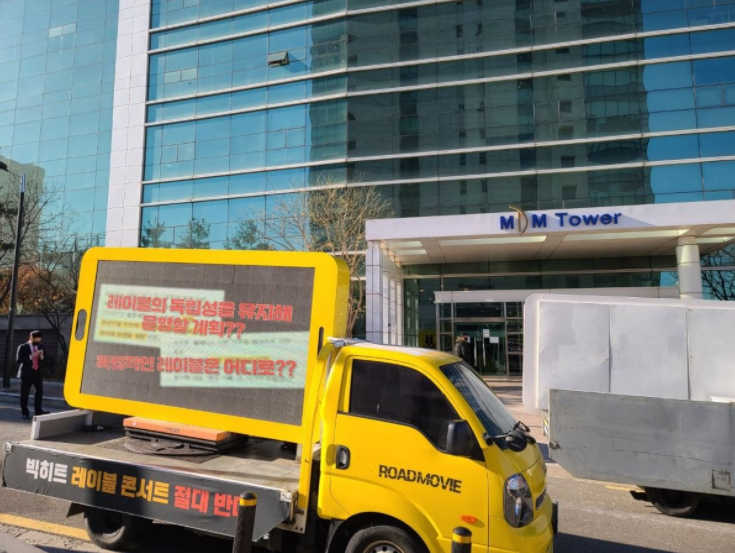 Article: “In front of the Big Hit Entertainment office building in real-time.jpg”

“You said each label will be independent…where did that independence go?” 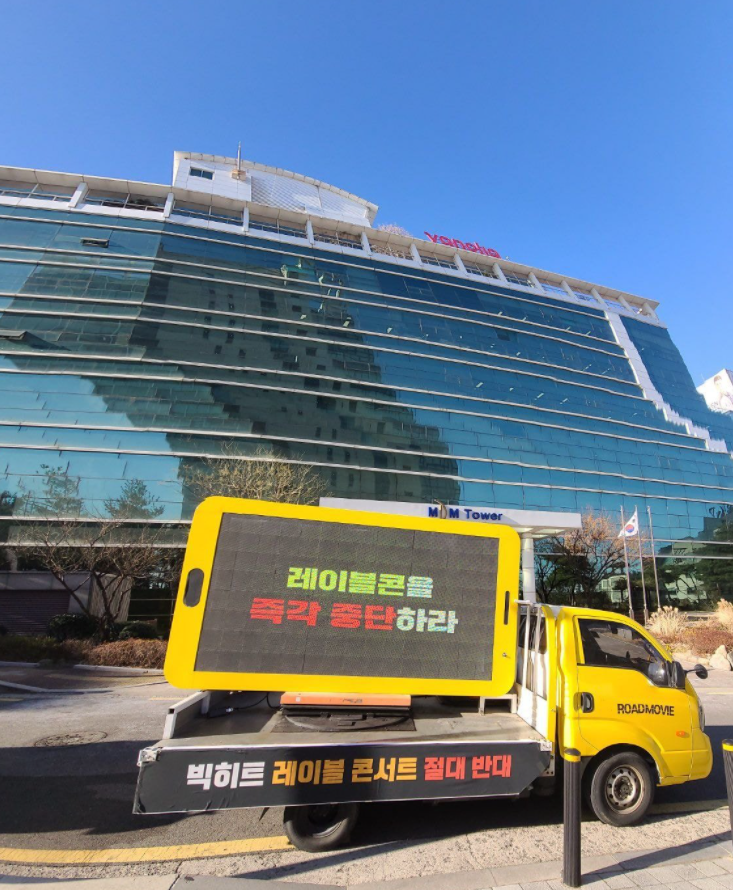 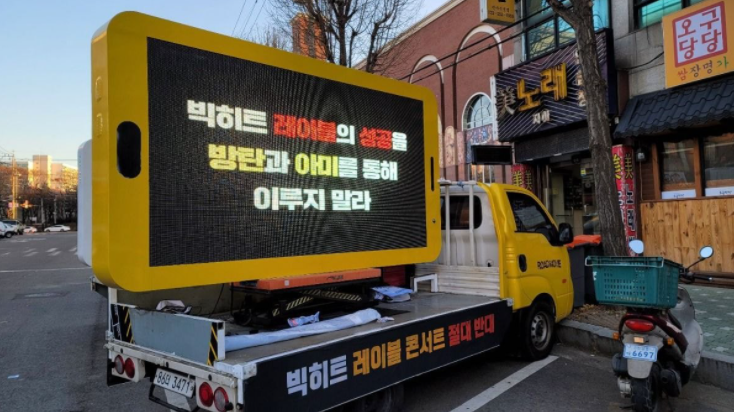 “The agency came out with no feedback at all and turned a blind ear. That’s why BTS fans decided to send protest truck.”