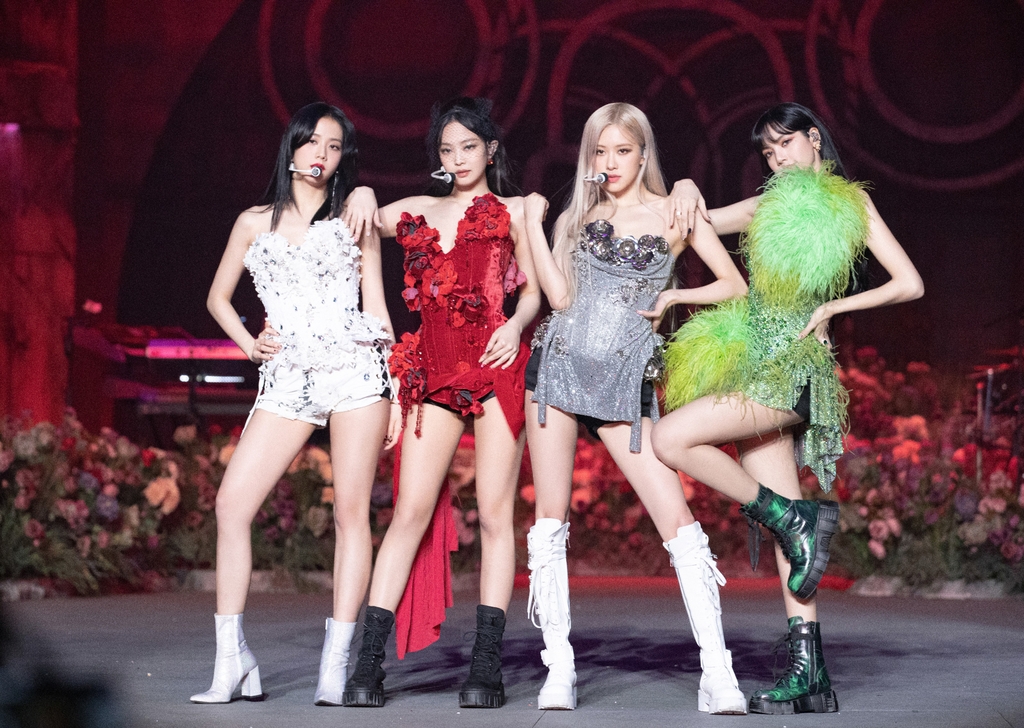 OP writes, “They re-arranged all the songs, changed up the dance, and re-arranged the sets with a band. The VCR was high quality, outfits were upgraded and freaking insane and Rose’s solo was f***in amazing. Isn’t the ticket price too cheap? We got to watch all this just for 36,000 won and we can re-run the stream 8 times in real-time. I love the re-arrangement for ‘Don’t Know What To Do’. When all four came out they looked like they were coming from Elsa’s cave, grabbed a standing mic with the backdrop of an electronic guitar. I felt like I was to f***ing lose it!

+ Jennie wrote the lyrics for her solo rap and Jisoo’s stage was originally a pop song but she sang the lyrics in Korean  ㅠㅠㅠㅠ . The lyrics were completely different!”

1. [+182, -54] What’s really amazing is the fact that Jisoo was preparing to film her drama and doing the on-con at the same time…she’s a natural born hard worker

2. [+152, -29] I think Jisoo’s solo song is a Korean song she composed on her own. When she says “I’m living alone in the world I created with you…wake up”…Daebak…so crazy 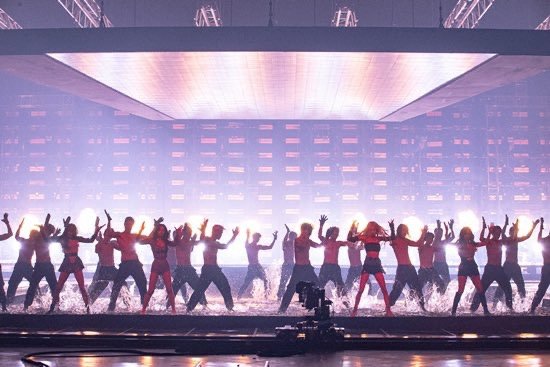 4. [+95, -4] Seriously I’m a K-dol and have watched my fair share of On-Con’s but looking at Blackpink’s stage today you can tell they poured a lot of money into it….the amount of effort that went into the stages is ridiculous. There’s a reason why they didn’t come out at any of the award ceremonies..

6. [+66, -2] I would’ve been upset if they wasted that DDU-DU stage at MAMAs ㅋㅋㅋㅋㅋㅋㅋ ㄹㅇ legendary

8. [+47, -1] All their solo songs include Ji-Soo’s were f***ing crazy. Lisa danced, rapped and sang on her own, Jennie’s solo rap re-arrangement with the Korean feel at the end…Ah I can’t wait to hear Rose’s title soon!!!!!!!! If her b-side was this good, how bad-ass is the title?

9. [+43, -1] Today’s on-con shows exactly why Blackpink is top girl group without contest. Each member is powerful and capable on her own even if they’re from a large agency. This was the first time I felt an on-con wasn’t a waste of money because each member’s stage abilities were amazing!

10. [+38, -1] Seriously BP’s On Con was f***ing crazy;; Costume╋Stage effects ╋Lights ╋Band ╋Live. For 36,000 won nothing was lacking. Not one single stageㄹㅇ…YG, thank you for always being sincere.. 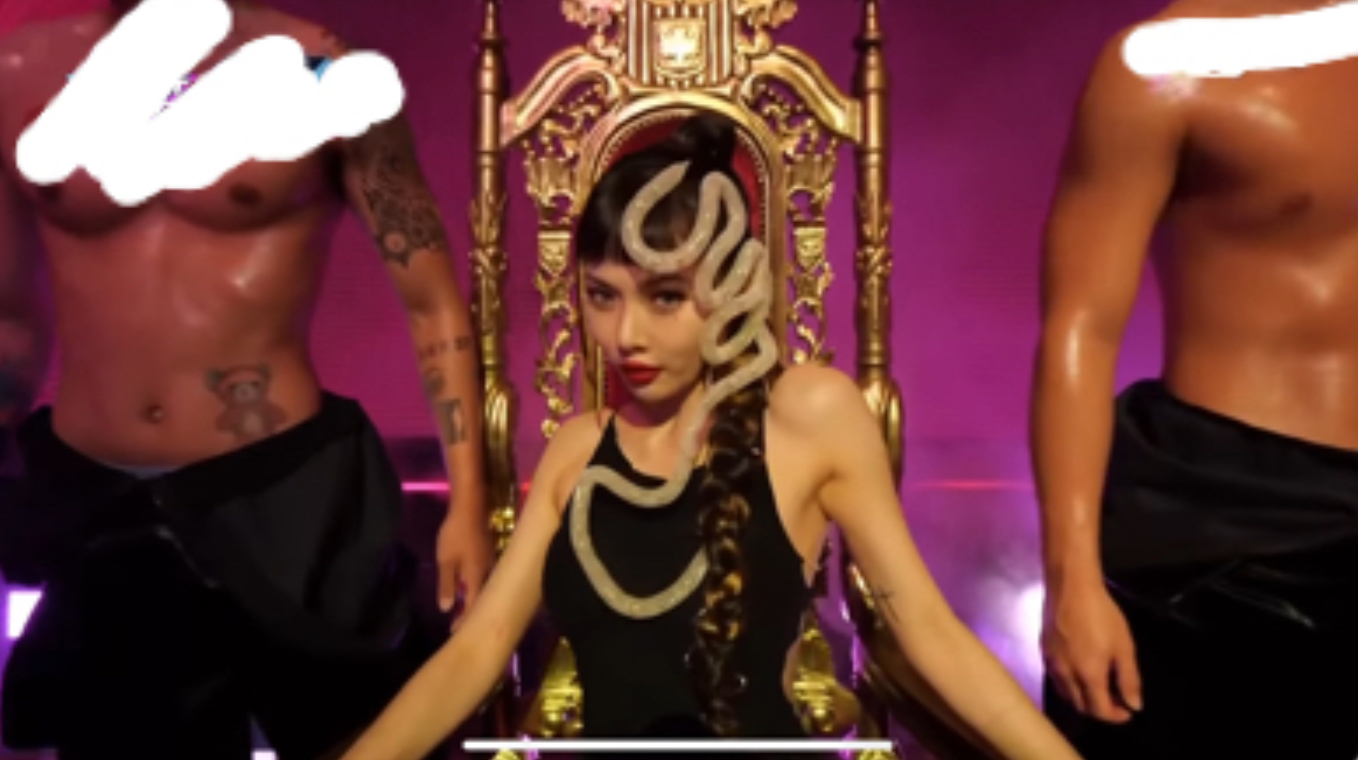 Article: Hyuna seems to be a real one-of-a-kind wall in Korea;;;

OP writes that even though Hyuna’s concepts, costumes (snake) and makeup are getting weirder, she still has a strong stage presence even with such strong dancers behind her.

It seems like Hyuna is the queen of crazy concepts in Korea ㅋㅋㅋㅋㅋㅋㅋ. 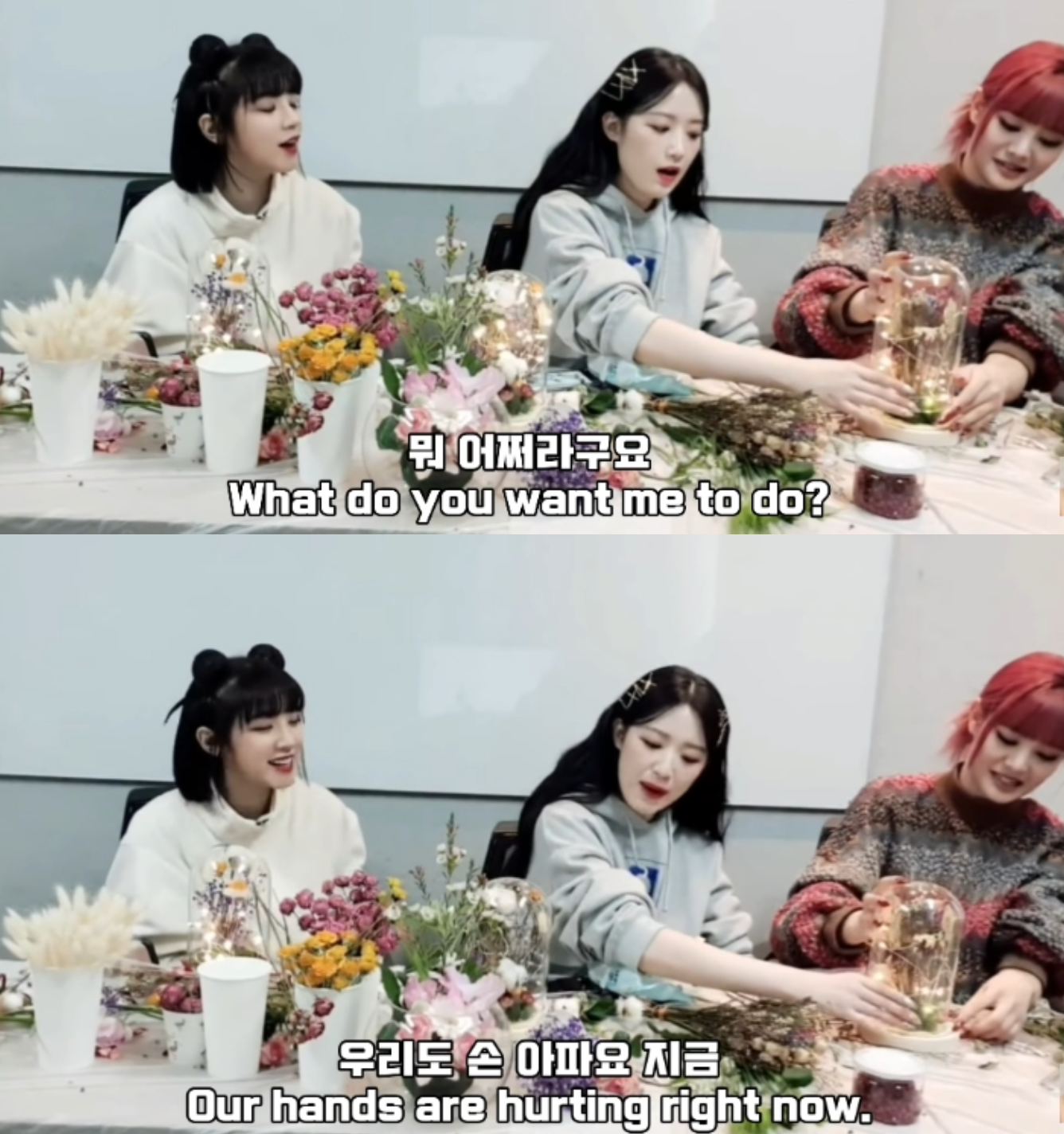 While holding a V live for fans, Shuhua kept complaining about not receiving enough hearts.

When member Wooqi told her, “fans hands are hurting because they pressed too many hearts,” Shuhua replied, “So what? Our hands are also hurting right now.”

Fans kept asking her to turn down the music because they couldn’t hear her voice and she retorted, “Then turn down your phone volume. Why are you guys so demanding?” 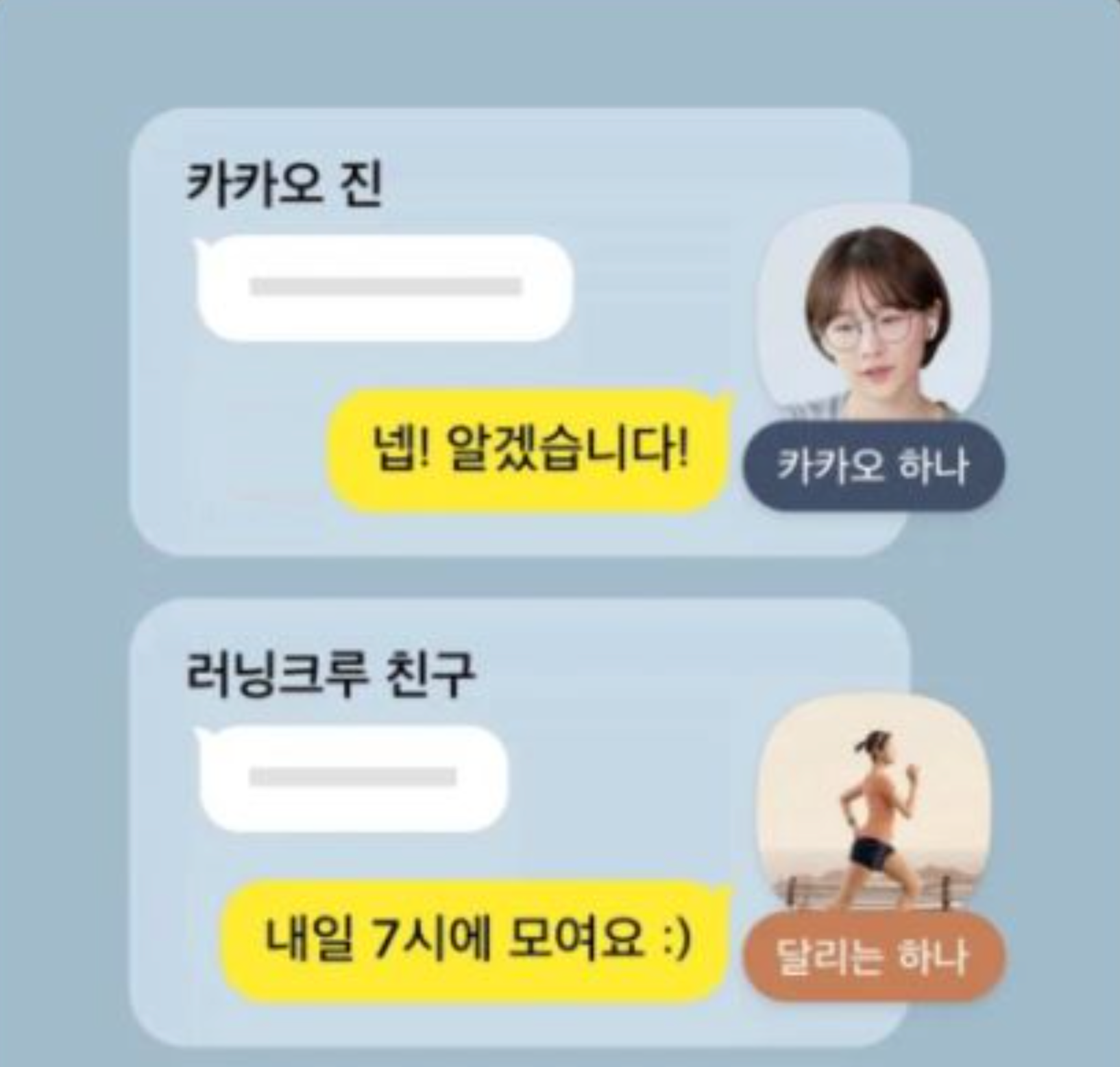 On the 28th, Kakao launched a service that allows users to set up their own profile using text and photos according to their conversation partners. In addition, they can create up to 3 separate profiles.

Many users became concerned that the multi-profile feature will be exploited for infidelities and fraud because “the other party won’t know that the user has set up a multi profile.”

One user wrote, “If scammers make up their minds, they can lead a double life.” Another said, “I think they’ll be more affairs and cheating. I hope they’re able to show the user is using a multi profile.”

Netizens in various online communities worried that “impersonation will become much easier. They’ll be more cases where people deceive and create distance between each other.” Another added, “not just infidelity but even voice phishing and identity washing will increase. No one wants this so why are you insisting on adding this?”

However, many are arguing the feature will prevent unnecessary exposure to private life with an office worker in his 20s stating, “I can set up a profile with a common picture without being noticed by my coworkers and boss, and add the features I want.”

Another office worker in his 30s stated, “I was stressed out with various criticisms about my personal profile so it’s nice that they created ‘multi profile’ feature. I’ll use it right away.”

An elementary school teacher in his 30s stated, “I haven’t changed my profile pic for more than a year because of my parents but now I can post whatever photo I want. It’s a useful feature for those that have jobs that deal with parents like daycares and hagwon instructors. Now we can set up company images for work and personal profiles for friends and family members. I think it’ll be good if students use multi-profiles to contact professors or make themselves look like model students.” 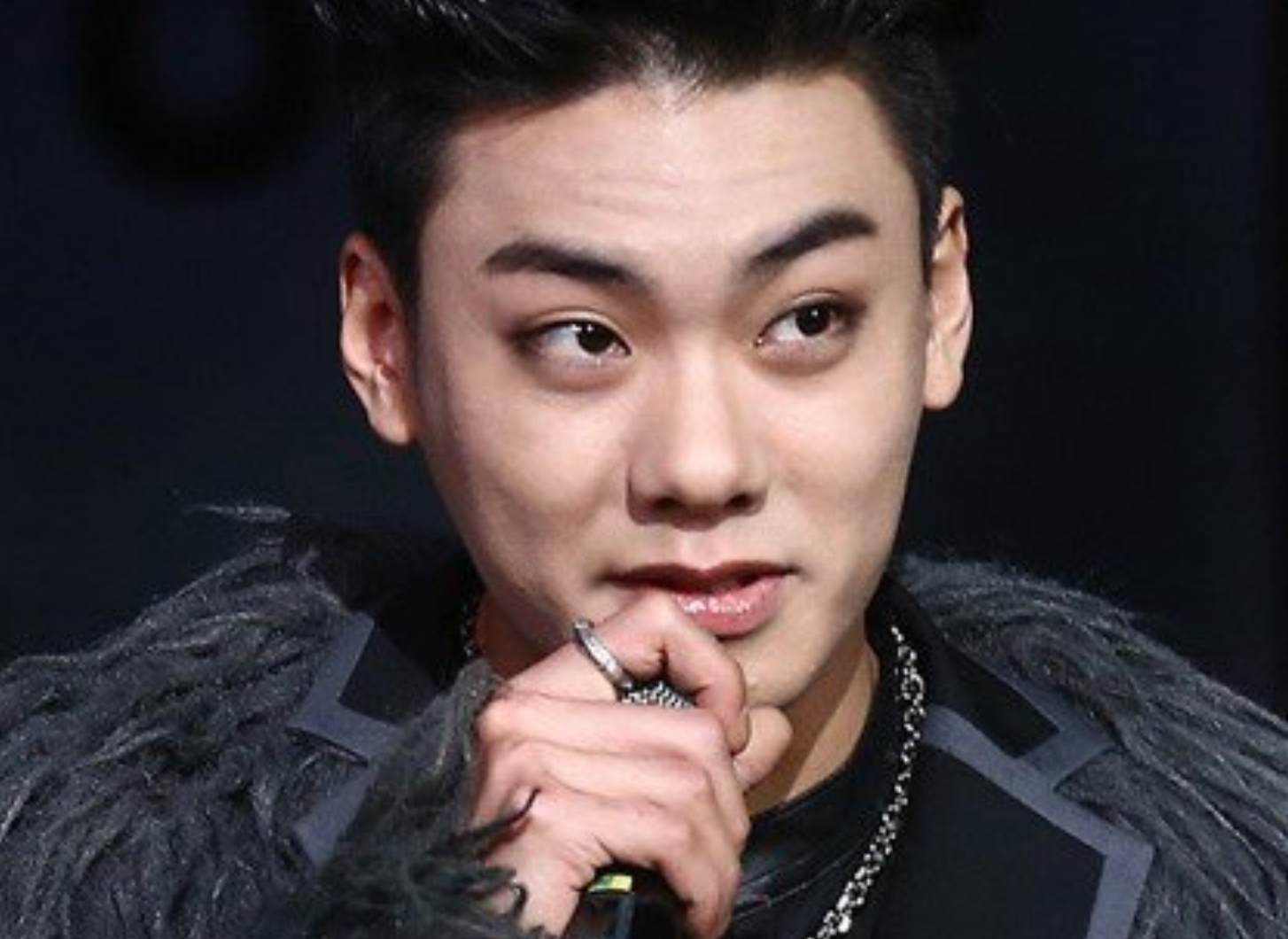 Article: Police “No suspects charged with the murder of Iron… no suicide note found.”

Police have ruled out charges of murder as they are not able to find any suspects.

A police official stated, “After investigating the exact circumstances of his death, so far, we have not found any suspicion of murder. No suicide note has been found.”

Police plan to consult with the bereaved family and decide whether to conduct an autopsy.

Regarding his special injury case where he assaulted his teenage mentee with a baseball bat, since the court rejected his arrest warrant because “there was no fear of destroying evidence and fleeing,” due to his death, the case is expected to end with no right to indict. 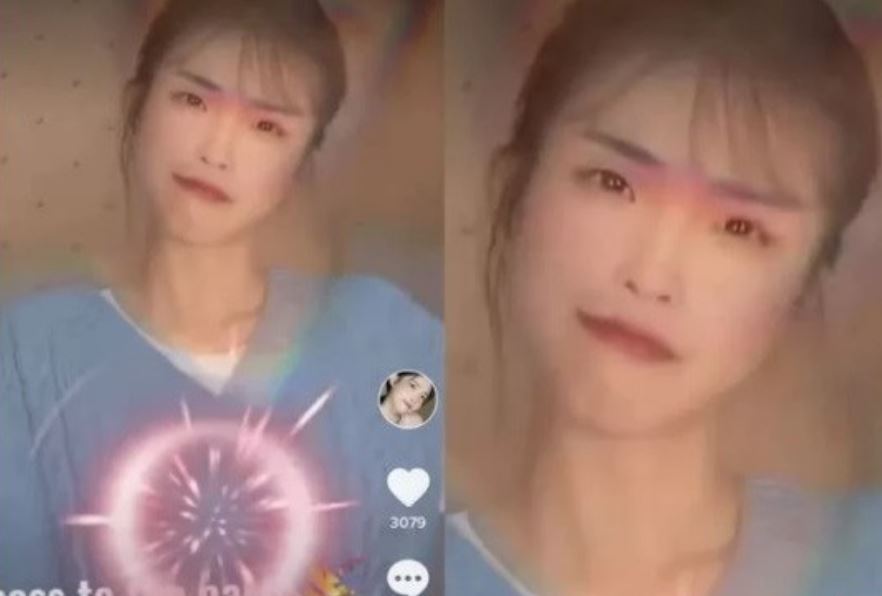 Article: “Huh? Wasn’t that IU?” The reason why its different with deep fake technology….” Hul

Recently, a Chinese beauty content creator ‘Chi Yu‘ [China IU] with a face similar to IU appeared on a Tik Tok wearing clothes similar to IU and using her unique expressions. A lot of netizens mistakenly took her for IU and sent her messages in support.

It was later revealed that she used ‘deep fake’ technology to synthesize her face to resemble IU as much as possible in order to market her content. An expert has asked for investigations into allegations of people using celebrity’s images to create deep fake content.

In the meantime, due to increase use of deep fake videos on Twitter, netizens posted a petition on Twitter asking for “strong punishment of illegal video ‘deep fake’ sites and users that cause celebrities to suffer.” As of the 28th, the petition has been signed by 381,160 people. 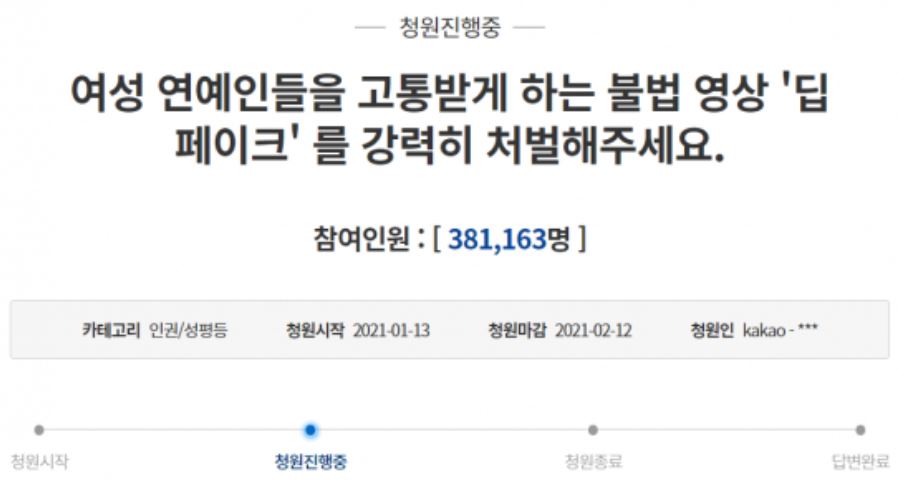 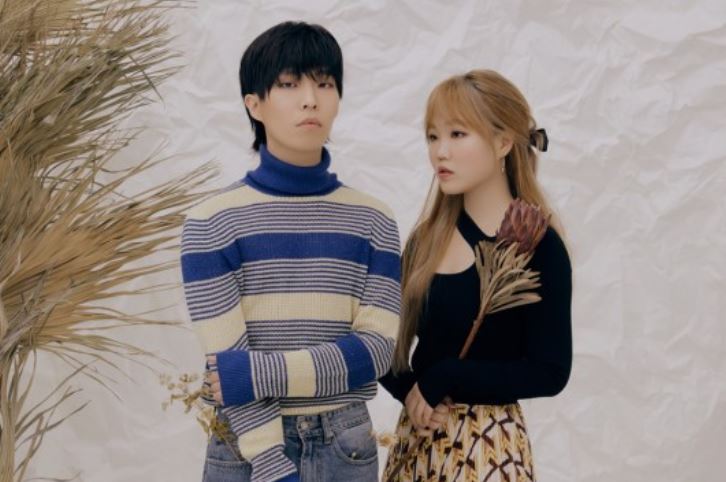 AKMU‘s Lee Chanhyuk and Lee Soo-hyun have renewed their contract with YG.

According to STAR News, the sibling duo showed their trust in YG by renewing their contract for 5 years.

An official from YG stated, “Although they’re still young, they’re deeply thoughtful and have a very mature side. It’s true that all of YG’s executives and employees were deeply moved by news that AKMU renewed their contract with YG for such a long time. We will not spare our support and will do our best to support and help them grow as artists.” 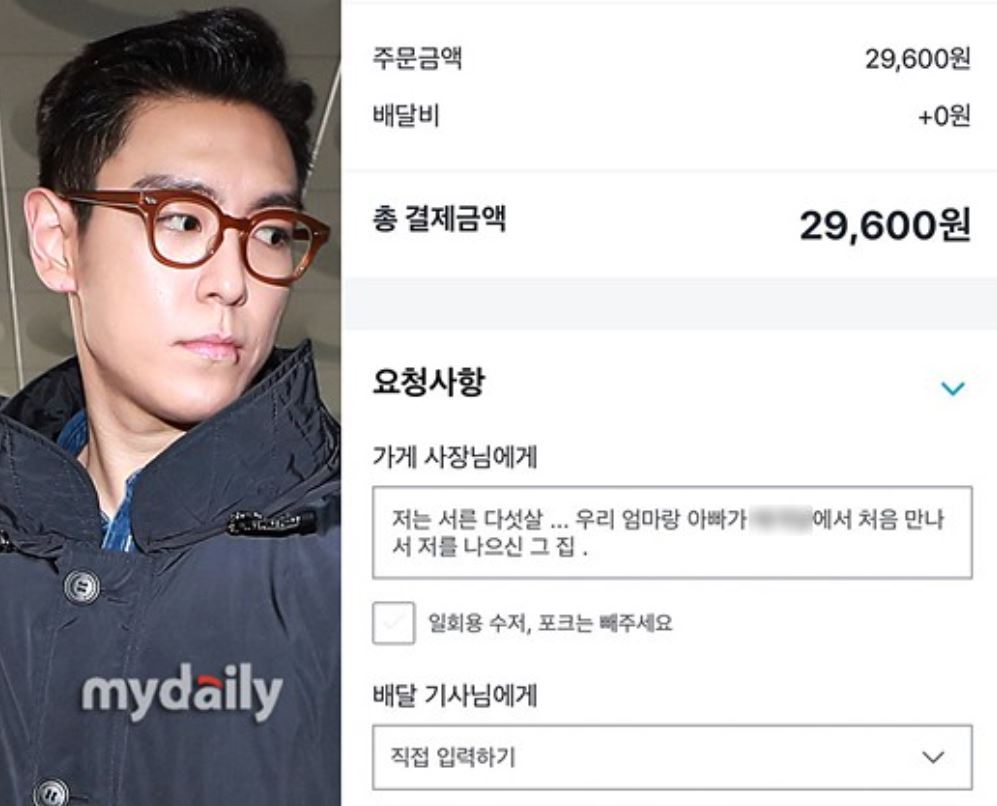 On the 28th, TOP posted a photo on his Instagram showing his 29,600 won delivery order of 6 items from a bakery in Jung-gu, Seoul that included puffed cream bread, moon cakes, vegetable salad bread, sausage pizza, patbingsu and pizza bread.

Top-ssi, do you even know what you’re saying right now…I’m in shock ㅋ 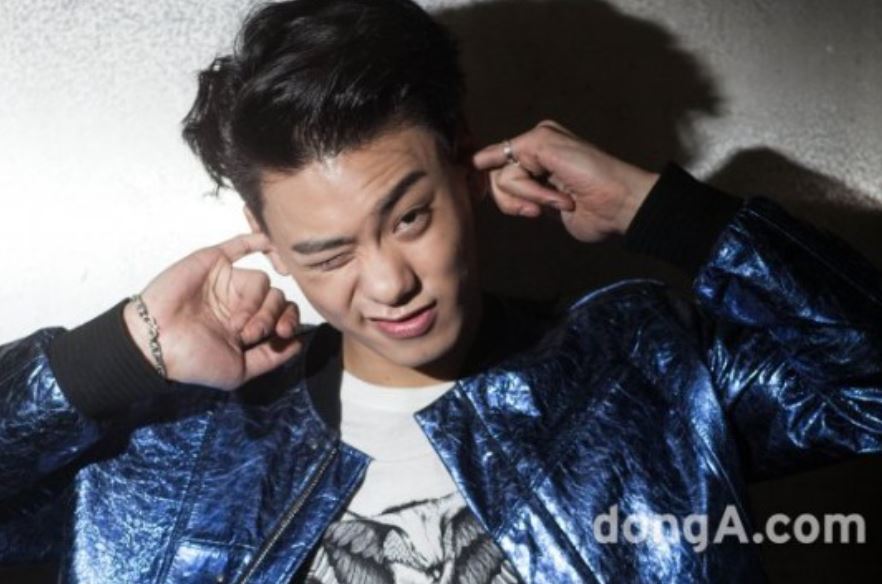 Rapper Iron has been discovered dead.

According to police, a security guard found Iron bleeding in a flowerbed outside an apartment in Jung-gu, Seoul at around 10:25am on the 25th (today). He was rushed to the hospital but ended up dead.

Police are still conducting investigations into his death. 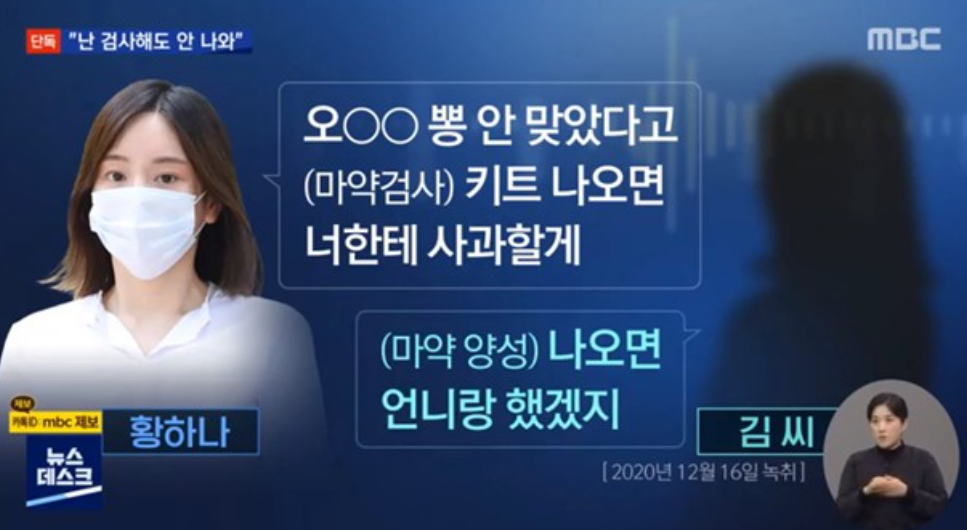 Article: Hwang Hana, suspicious negative drug test?…”It won’t come out even if they re-do the test”

MBC ‘News Desk‘ obtained additional voice recordings of Hwang Hana where she’s heard showing confidence in her conversations with acquaintances saying, “(drug test) will never come out. It will never come out even if they re-do it.”

Later, in the first hair drug test conducted on her, the results came back negative. Police think Hwang Hana manipulated the test by repeatedly bleaching and dying her hair. 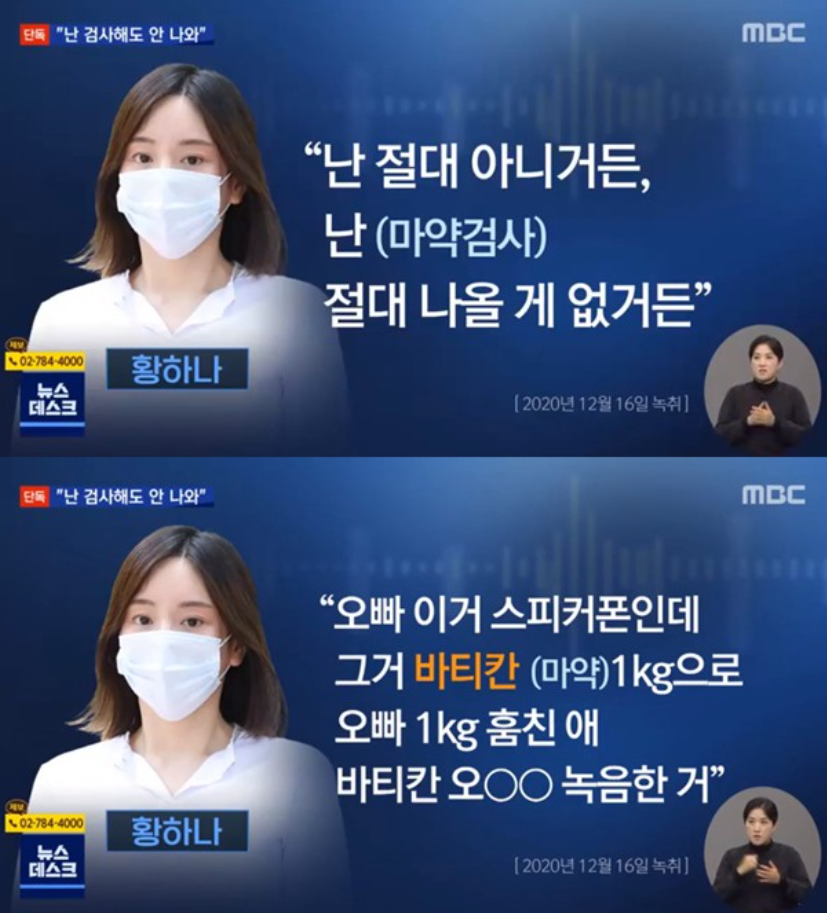