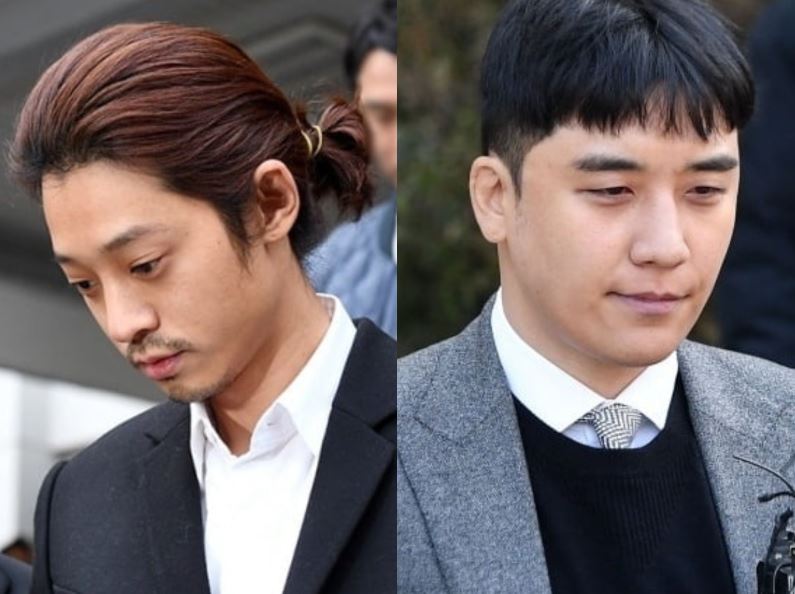 Article: Seungri’s side, “he was in a bad mood because A kept glancing over at the actress”…Jung Joon Young attends trial as witness

On the 26th, Jung Joon Young appeared as a witness for Seungri’s alleged special assault charges and was reunited with Seungri after 3 years.

When asked about suspicions of special assault by Seungri, Jung Joon Young stated, “I remember it was a drinking party at the end of the year and headed there. I don’t remember the exact details but I know Seungri planned it.”

As for the dispute with the victim, he stated, “The victim was a senior at Seungri’s school so we settled it in a place other than the bar room.”

When asked “Why would Seungri, a junior, ask for a room?” Jung Joon Young stated, “I think Seungri was in a bad mood and angry at the time. It must’ve been because the victim tried to grab Seungri by the collar. But I don’t know the details.”

In addition, Jung Joon Young watched CCTV footage from back alley of the bar and stated, “I remember hearing a lot of swearing coming from the parking lot. I heard someone shouting.”

Meanwhile, Seungri denied allegations of special assault stating that he was not acquainted with the gangsters that assaulted A at the bar in Gangnam in 2015 even though CCTV revealed otherwise.

Seungri stated that the alleged “gangsters” that arrived with Yoo In-seok were security guards charged with protecting celebrities.