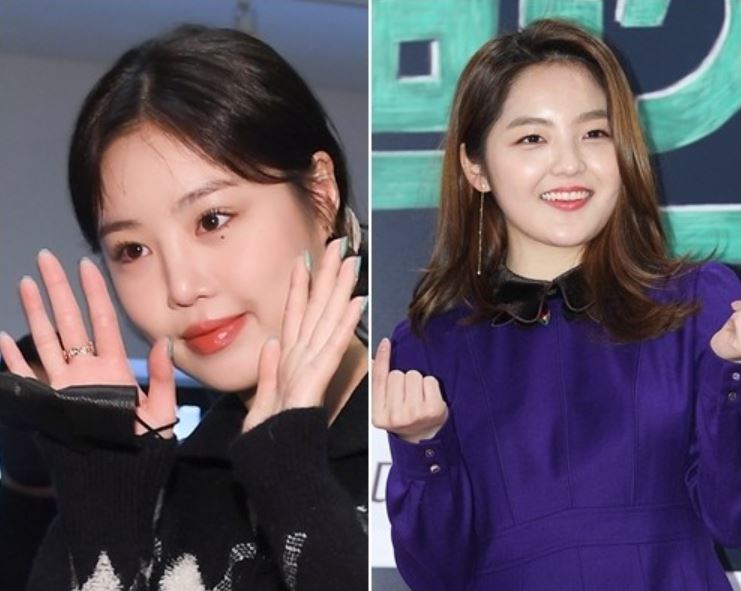 On the 25th, an acquaintance B that claimed to know both Soojin and Seo Shin-ae wrote a lengthy article on an online community Pann and stated “I will only deliver the facts.”

Regarding the claims that Soojin put cigarettes in actress Seo Shin-ae’s school desk, B stated, “If those claims are true and that really happened then I’m certain its the group that did it, not Soojin. She only got along with them until first semester of the 2nd year of middle school. After that, Soojin became distant from the group. It was right around that time when Seo Shin-ae transferred to the school.”

“That’s when I became acquainted with Soojin who was in the same class me (2nd grade, 5th class). A friend called Kim X-Bin found out I was friends with Soojin and asked me “why are you hanging out with her? Soojin and a group of seniors used to hang out so don’t do that.” But I told told her Soojin and I had become friends.” 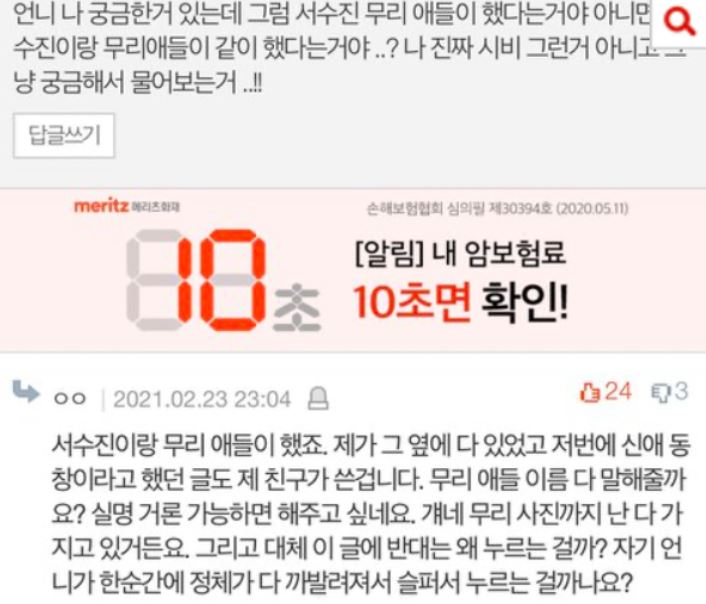 Regarding claims that Soojin swore at Seo Shin-ae and made her quarrel with friends, B stated, “That’s not Soojin but the group that did that. I was there for two years and we were never apart. We even went to bathroom together and were stuck around each other all day.”

B then quoted a letter from a Seo Shin-ae’s alumni that stated, “It’s Kim X-Joo that made those rumors that caused her to argue with friends. Soojin wasn’t with the group at the time.”