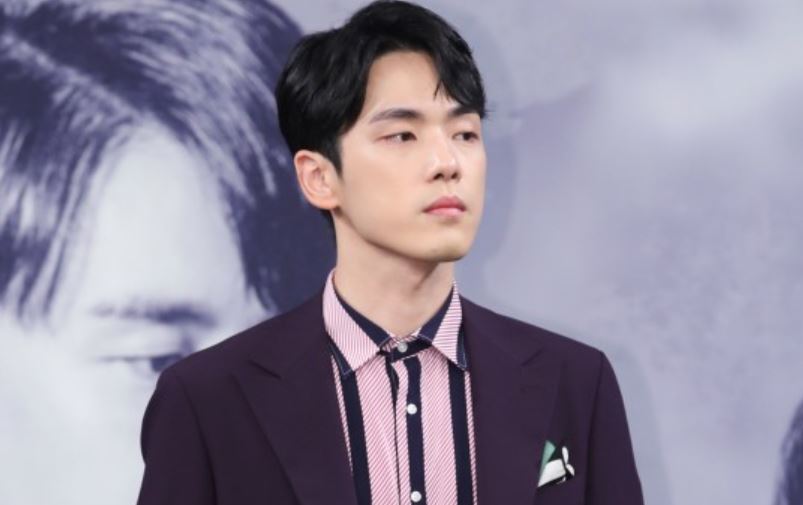 Actor Kim Jung-hyun has apologized for his actions toward Seohyun and drama staff.

In a handwritten apology delivered to reporters on the 14th, the actor stated, “‘Time’ was a meaningful project to me as it was the first time I played a leading role in a drama as an actor. However, I caused great disappointment and hurts to the director, writers, fellow actors and staff. I’m sorry.”

He also addressed his actions at the production presentation stating, “Memories from that ‘Time’ production presentation are like a piercing splinter. I’ll never be able to forgive myself for acting like that. I have so much regret and wish I could turn back time. I did such a shameful thing because of personal issues. As a protagonist and actor, I couldn’t even fulfill my responsibilities. I apologize without any excuse.”

“The whole process of me getting off the drama and my actions at the production presentation were just wrong. I sincerely apologize to actress Seohyun who was hurt by all that and to all the people that suffered because of it. I think I need to visit the people in charge of ‘Time’ and anyone that suffered any hurts and apologize directly. Even if it takes a long time, I’ll find all the staff and ask for forgiveness.”

Regarding his contract dispute with his agency he stated, “I want to apologize to my current company O& for my inconsiderate actions. I’m sorry to Culture Depot for mentioning them in such a disgraceful manner. I sincerely apologize to the fans who have always supported me and waited for me.”

“I bow my head and ask for forgiveness to all those who felt discomfort because of me. While writing this, I reflected on my mistakes and wrongdoings. If I have a chance, I won’t take anything for granted ever again and will always try to be a healthy actor that reflects and manages himself. I’m sorry.” 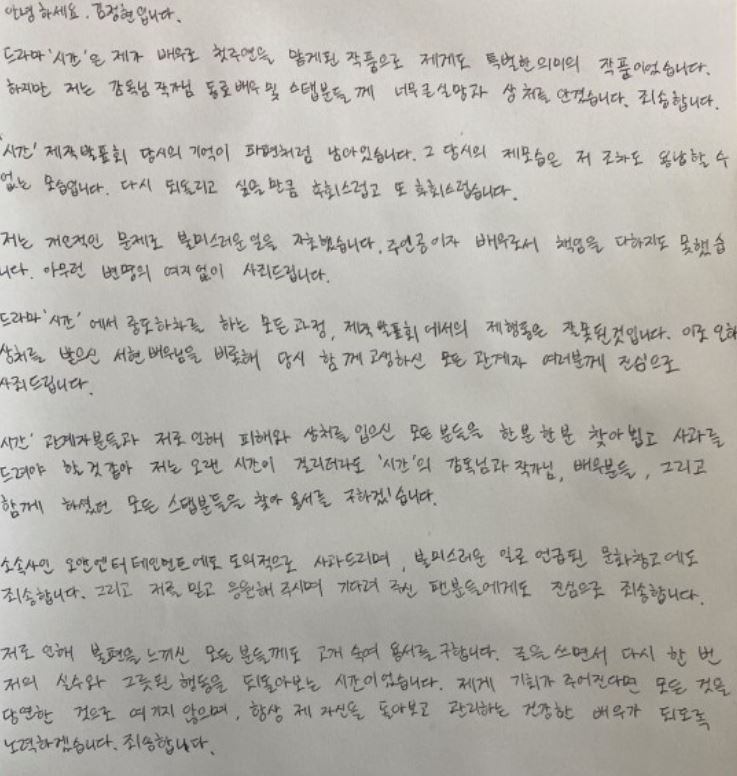