According to an exclusive report by Hankyung on the 13th, Kim Jung-hyun conducted a pictorial interview with a fashion magazine 10 days before the controversial ‘Time’ production presentation. As the main couple in the drama, the two filmed a “couple pictorial” but because Kim Jung-hyun refused to film any skinship on set, the crew had to take two separate cuts of Seohyun and Kim Jung hyun sitting side by side with a distance of 30cm or more between them. 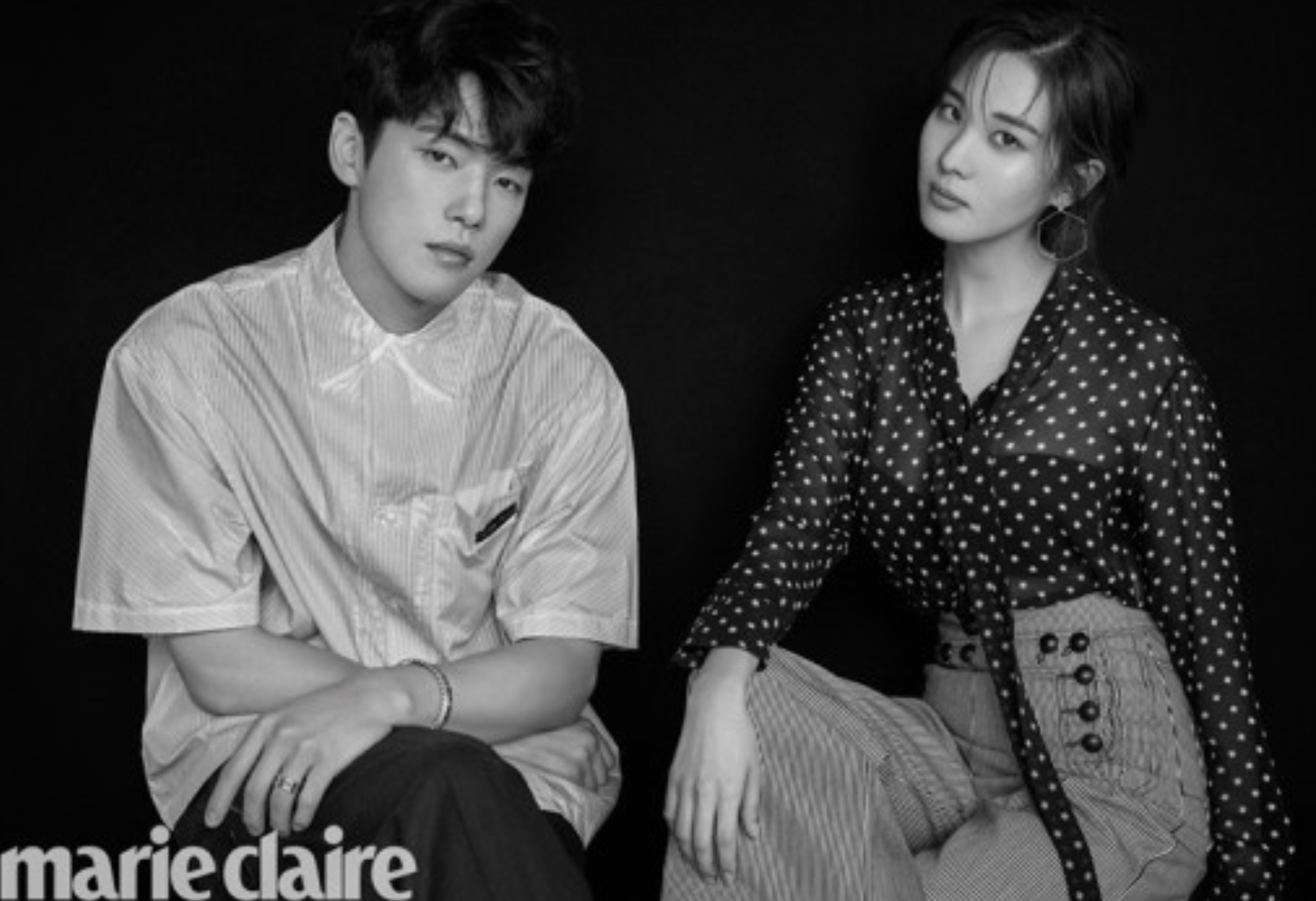 Usually, couple pictorials are filmed to promote an upcoming drama or movie to show off the couple’s “chemi” [chemistry]. It was only natural that officials asked the couple to pose with skinship as they were a couple in the drama.

An official that participated in the photoshoot revealed, “All proposals for the poses and atmosphere were received in advance of the shoot. It’s not common to see the main lead reject skinship in a couple photo shoot so the editor-in-charge suffered from embarrassment. Even when asked if he could pose with a hand on her shoulder, Kim Jung-hyun refused.”

In fact, in drafts confirmed by Hankyung, the photos contained poses that showed natural skinship between lovers including backhug, facing each other forehead-to-forehead, leaning on one’s shoulder etc. The official explained that couples do 2-3 cuts as well as solo cuts to fit various concepts.

Another official B stated, “I know for a fact Kim Jung-hyun personally reviewed the proposal in advance and asked if the photos and poses would look exactly the same. The in-charge answered that it can be different depending on the situation but if he refused it would be embarrassing for the editors.”

Another official C stated, “Publicity schedules like interviews, photo shoots and entertainment appearances are optional matters but for an actor who’s a main lead to reject skinship for a promotional photo shoot, a lot of people thought it was “weird” and “unprofessional.”

Meanwhile, there are rumors that Kim Jong-hyun’s abnormal behavior was influenced by Seo Ye-ji who was his girlfriend at the time. Many are speculating Seo Ye-ji influenced his behavior at the photoshoot,  production presentation and filming site following texts revealed by Dispatch.