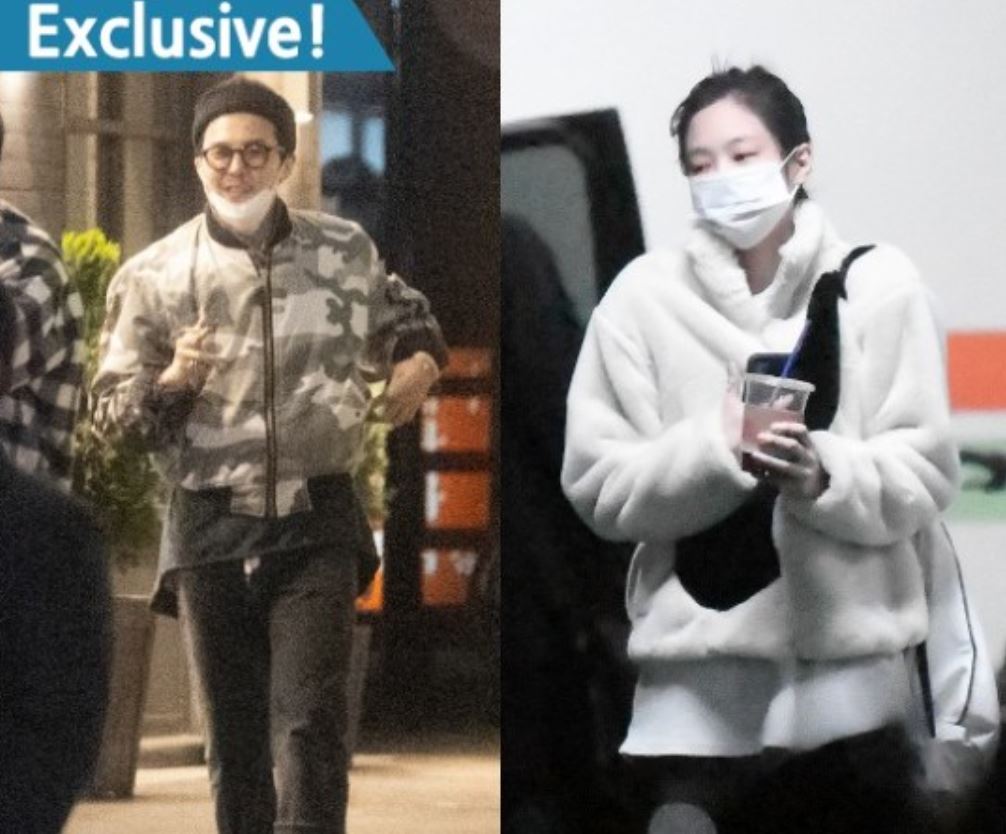 Dispatch has revealed exclusive photos of Big Bang‘s GD and Blackpink’s Jennie on a secret date.

Dispatch’ witnessed a secret meeting between GD and Jennie and their dates that were (mostly) at GD’s luxury villa in Hannam-dong. 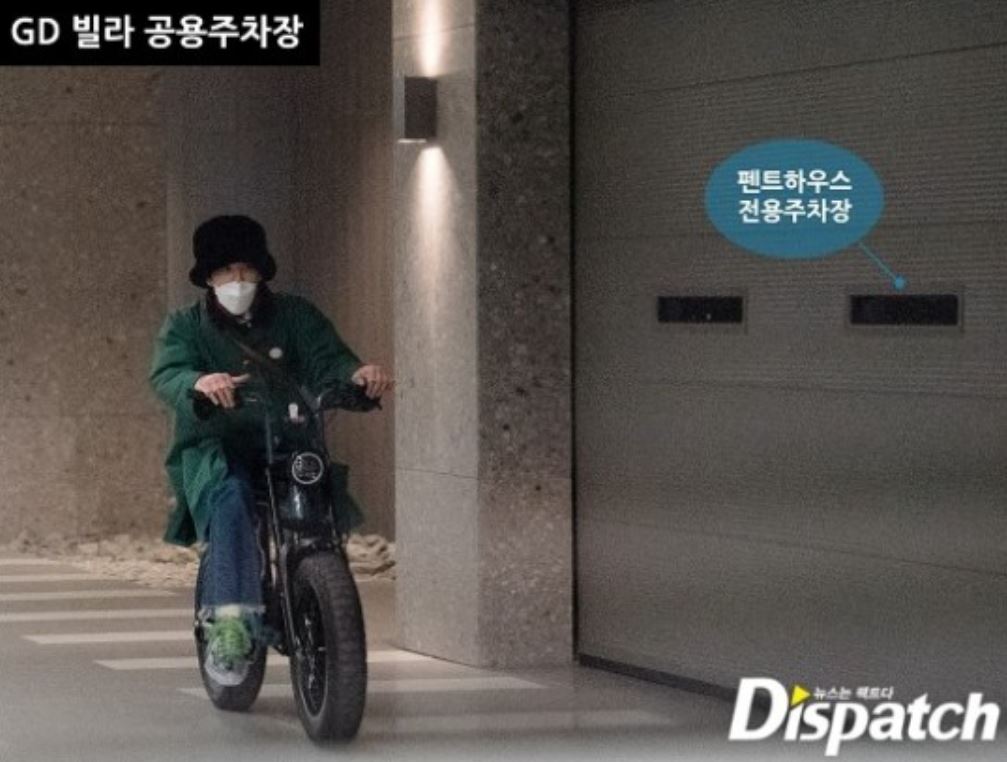 Dispatch spotted Jennie’s vehicle entering GD’s villa and were able to confirm that she’s registered at as she was able to pass through the gates without separate authentication procedures into GD’s private parking lot. She was then seen going directly to GD’s penthouse using a private dedicated elevator.

On the 31st of last month during Blackpink‘s online concert, that morning, Jennie was seen leaving GD’s house for the concert hall. Dispatch was able to check their dating routine again and GD’s vehicle was spotted at Kintex once again. 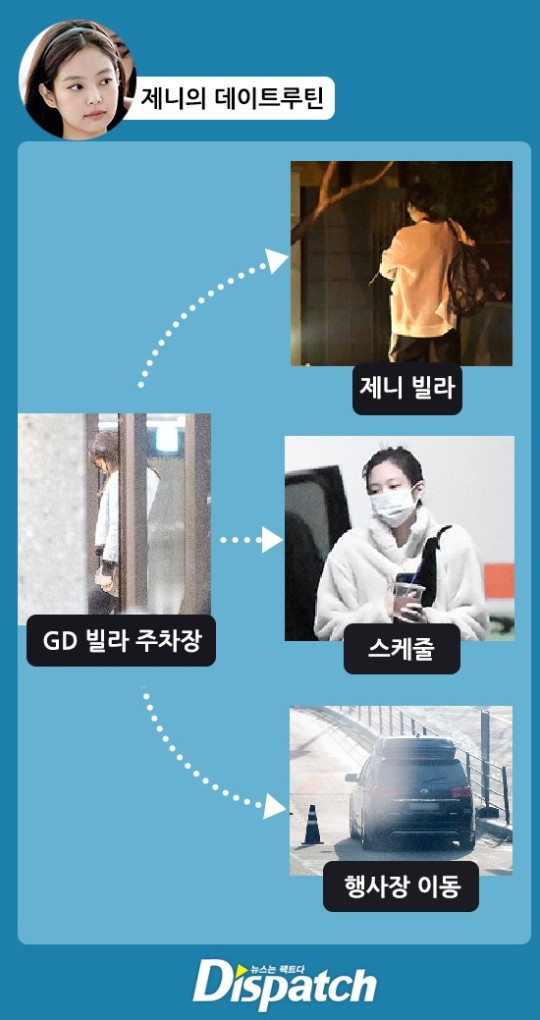 Jennie’s date routine constant: during Black Pink activity, after the schedule, she went to his house first. She repeated the formula for “Schedule->Date->Greeting home.” They kept a similar pattern when they were not active.

The relationship between the two is also a public secret within YG. First, Jennie’s manager is in charge of “driving her.” She drops her off (at GD’s house) and brings her back. Sometimes, GD’s manager takes over the job. 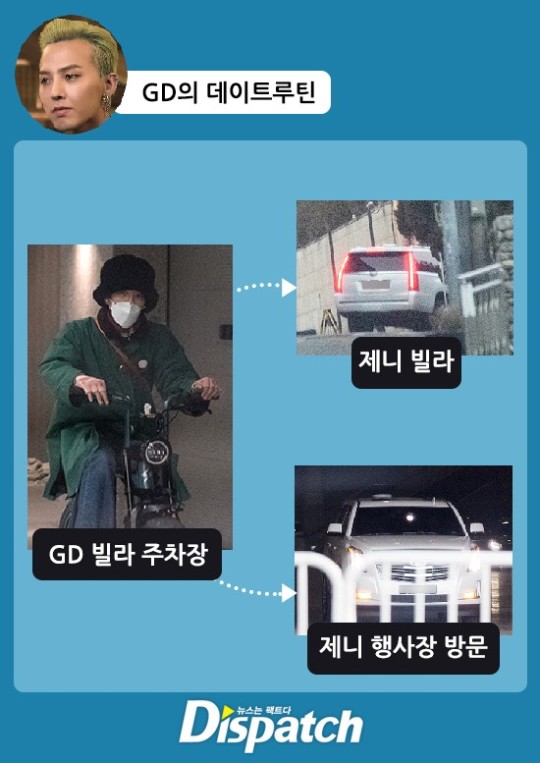 A close aide revealed to Dispatch, “a lot of people at YG are aware of the relationship between the two. Jennie’s mother knows she’s dating GD. “