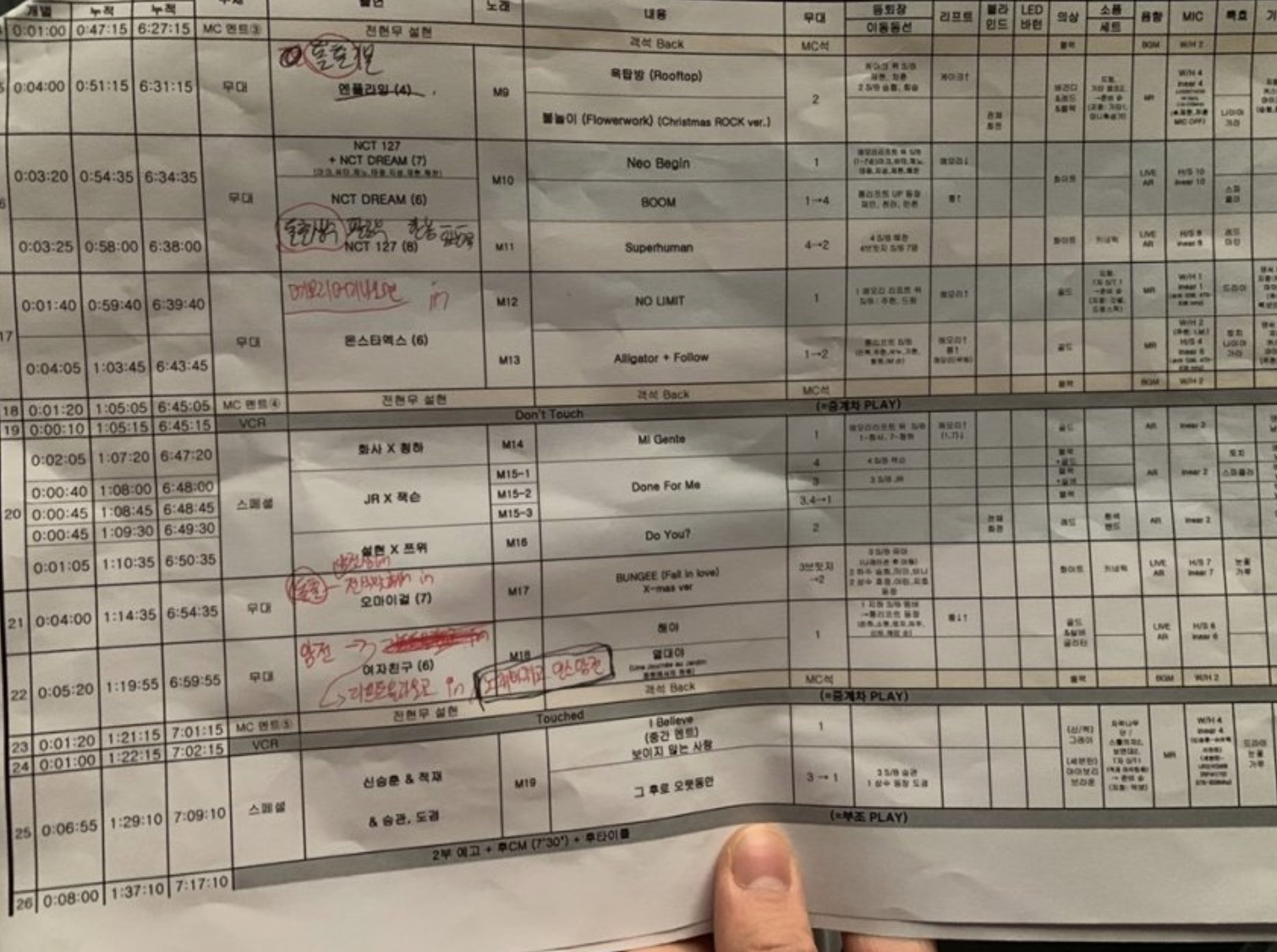 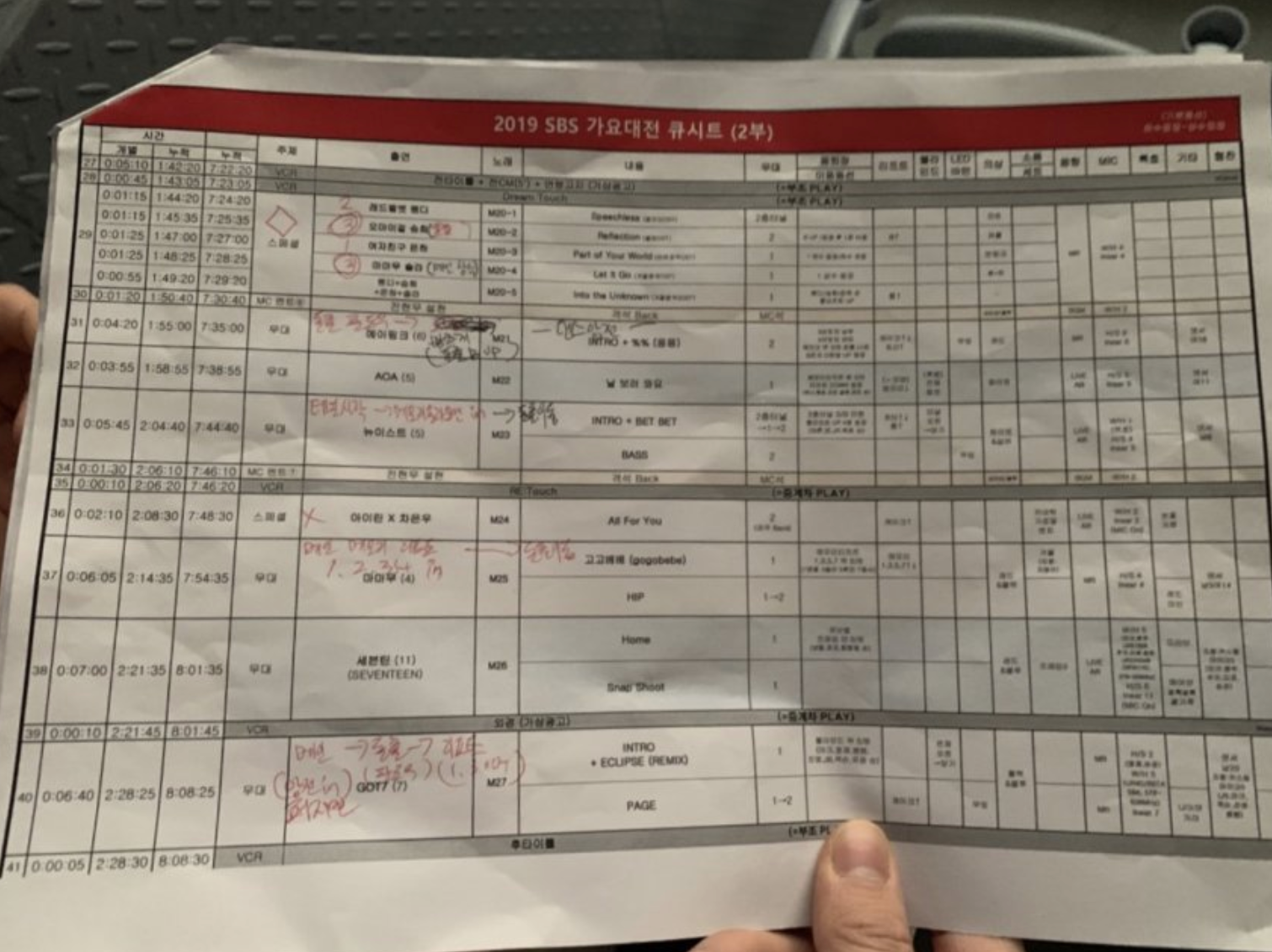 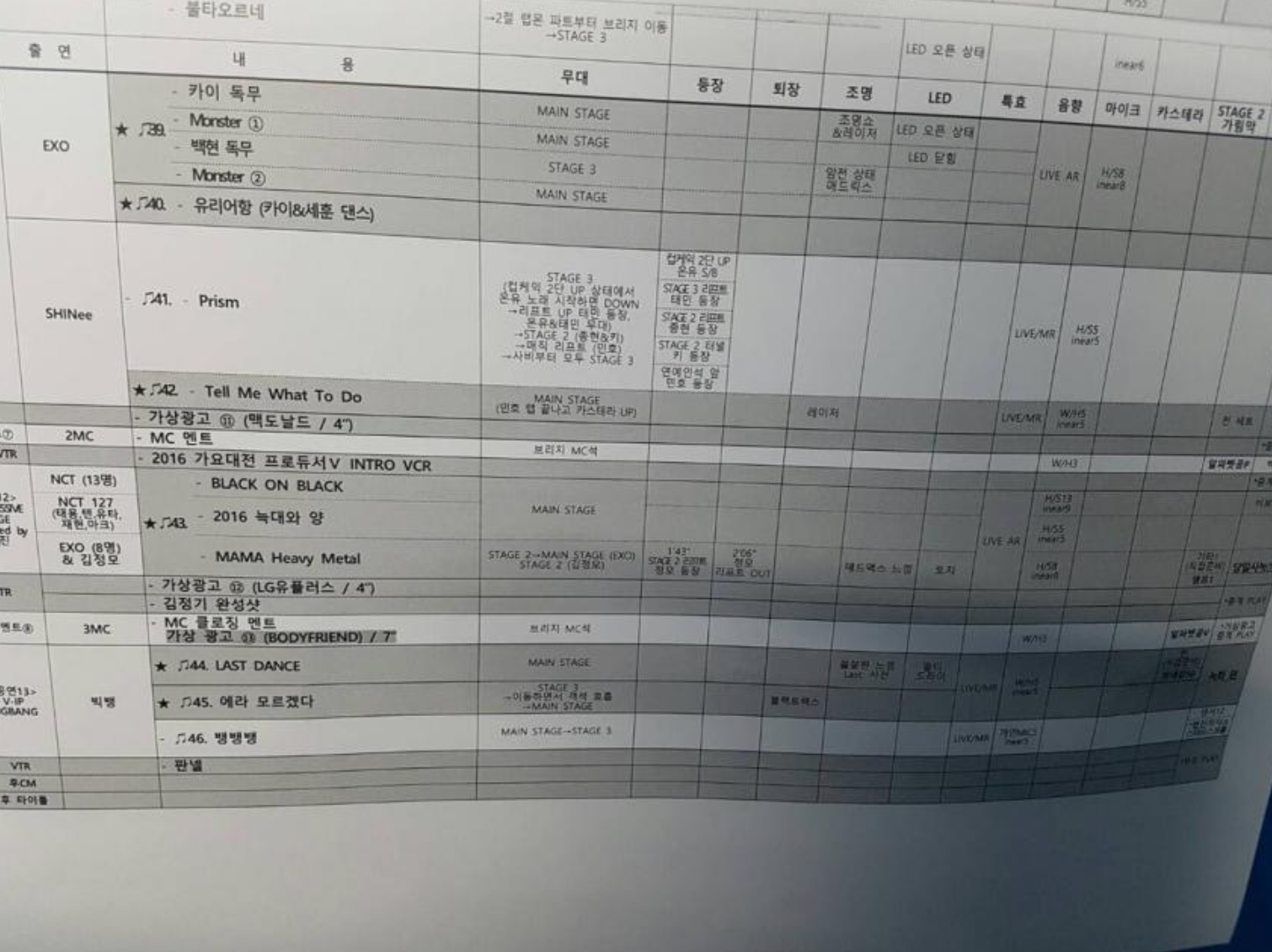 Article: “Who wants to see the year-end cue sheets released??!?!” (More photos in the link)

Live MR = Leave only the parts that can be sang on Live ar (Partial Live, Partial Lip Sync)

Let’s just praise the groups that sing like they ate CDs and do it live on stage..