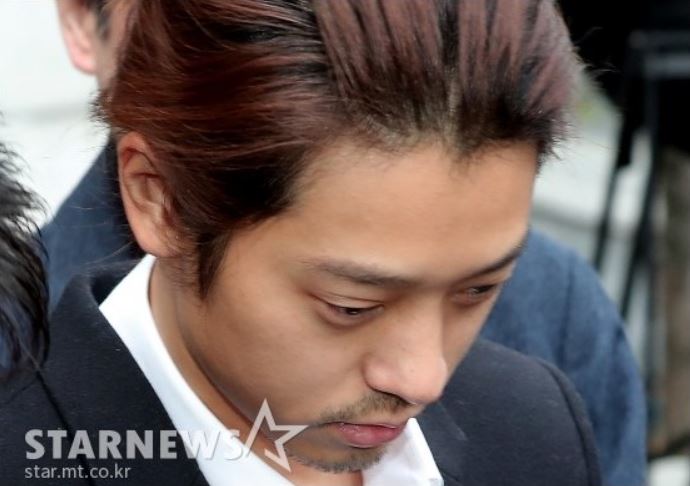 On the 26th, Jung Joon Young appeared as a witness for Seungri’s alleged special assault charges and was reunited with Seungri after 3 years. He wore a blue suit and had his hair cut short as he was guided by investigators and stood on the witness stand. Jung Joon Young is currently serving a prison sentence for gang rape and appeared emaciated.

Jung Joon Young received a high-intensity witness interrogation from the military prosecution and Seungri’s lawyers for more than an hour each side. Jung Joon Young stated, “I met seungri for the first time at a Hong Kong awards ceremony and found out about Yoo In-Seok through Seungri. I’ve never been in contact with Seungri until recently.”

Jung Joon Young also revealed that he once lived with Kim, who often appeared as a former Arena Club MD and one of the key figures in the Burning Sun scandal as a roommate.

When asked about arranging prostitution with Seungri and Yoo In-Seok for prostitutes at a Christmas party in December 2015, Jung Joon Young admitted to prostitution and stated, “I was aware that prostitutes were being sent through a host bar owned by Madame Mo that Seungri knew.”

When asked if he knew that a prostitute worth 1 million won was being sent through this madam he stated, “I received a message from Yoo In-seok saying “I will send you a gift” after returning home from a drinking party. I understand that the gift was a woman.”

When asked “how did you know that [that it was a prostitute]?” Jung Joon Young tilted his head a bit and stated, “through a katalk conversation with Kim Mo, who was a club Arena MD and my close friend but my memory is very unclear at this point.”